Can the 'Banting' diet cause diabetes? 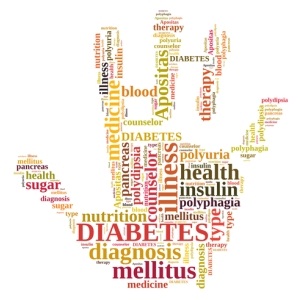 Currently around seven percent of the world’s population have diabetes and the numbers are rising. Apart from the devastating health consequences of this disease it places a heavy burden on the healthcare systems and economies of many countries.

There are three kinds of diabetes:

Diabetes is nothing new and the first description of the disease was by the ancient Greek doctor Aretaeus of Cappadocia in the first century AD. He regarded diabetes as incurable and described life with diabetes as “short, disgusting and painful”.

The condition was, however, not nearly as prevalent as in modern times and the physician Galen (130 – 200 AD) reported that he had only seen two cases  of diabetes in the Roman Empire during the course of his career.

Read: Have you been diagnosed with diabetes?

Our lifestyles have changed dramatically over the last two thousand years, and from a health perspective, mainly in terms of food and exercise. Our ancestors often struggled to get enough food and didn’t have things like sugar, refined carbohydrates and processed foods. They also didn’t have cars and public transport and agriculture wasn’t mechanised, which meant that everyday living involved a lot of strenuous physical activity.

What should diabetics eat?

In the case of type 2 diabetes it is possible to manage diabetes with insulin and other medication, but many people realise that getting to the root of the problem may be a more sustainable solution. It is therefore clear that to win the battle against diabetes we have to make lifestyle changes regarding food and exercise.

It is generally agreed that most diabetics could do with eating better and exercising more. What is hotly debated, though, is what diabetics should eat.

Read: A yogurt a day may keep diabetes away

Currently the nutritional approach to type 2 diabetes centres mainly around carbohydrates. Advocates of the “no or low carb” approach maintain that because ingesting carbohydrates causes a rise in blood sugar and a corresponding rise in insulin, carbs should be avoided or at the very least restricted.

The opposing view is that things aren’t that simple and that a diet high in animal protein and fats plays a major role in causing diabetes.

A major proponent of the "no carb" approach is our very own Professor Tim Noakes who has written a book on his interpretation of “Banting”. (William Banting lived in England in the nineteenth century and popularised a weight loss diet based on limiting refined carbohydrates.)

In his book The Real Meal Revolution Professor Noakes claims that a diet that avoids carbohydrates and concentrates on fat and protein normalises blood sugar and counteracts pre-diabetes.

This approach is very controversial and a recent study released by the University of Stellenbosch and published in the online medical journal PLoS One states that low carbohydrate diets “result in no more weight loss than ‘recommended balanced diets’”.

Avoiding anything that causes a significant rise in blood sugar and insulin seems to be the logical way to deal with diabetes, but there are many people who believe that following a vegan (no animal products) or at the very least a vegetarian diet is the answer to “curing” diabetes. It is interesting to note that for many centuries health spas have been curing people from a variety of ailments by means of a largely vegan diet.

A recent Mail Online article highlighted studies claiming that a vegetarian diet can cure diabetes and that plant-based diets improve blood sugar levels. It was also found that removing animal fats (quite the opposite of "Banting") helps to improve insulin sensitivity and that dietary changes can be used as an alternative treatment for type 2 diabetes.

Read: Go vegetarian – we dare you!

An outspoken critic of the low carbohydrate diet is Dr. Neal Barnard, founder of the Physicians Committee for Responsible Medicine (PCRM). In his book Dr. Neal Barnard’s Program for Reversing Diabetes he “outlines a completely new dietary approach to preventing, controlling, and even reversing diabetes”.

He shows that by adopting a diet free from all animal products and added vegetable oils “individuals can lower their cholesterol, reduce their blood pressure and lose weight”.

Dr. Barnard maintains that animal fats are the cause of diabetes because they block our cells’ insulin receptors. He says insulin is like a key that opens a lock to get glucose into cells and that fats are like chewing gum that blocks the keyhole.

Another interesting take on animal products versus vegetarian foods can be found in The Good Calorie Diet by Philip Lipetz. The author maintains that the human body selectively ignores insulin’s ability to lower blood sugar (insulin resistance) when faced with starvation. In times gone by this had survival value because it enabled the body to convert any excess carbohydrate into fat. The trigger for the “starvation response” is animal protein and fat because “our ancestors ate meat and fat only when starvation forced them to deviate from their normal vegetable- and fruit-eating patterns”.

Unfortunately there is as yet no clear answer as to what diet is the best for type 2 diabetics. We are not all the same, and what works for some of us may not work for other people.

Perhaps we need to have another look at the traditional “energy in, energy out” approach where the energy we take in through food needs to balance the energy we expend in our daily activities.

Not eating too much, maintaining the correct body weight and getting enough exercise may go a long way toward preventing diabetes.

We live in a world where facts and fiction get blurred
In times of uncertainty you need journalism you can trust. For 14 free days, you can have access to a world of in-depth analyses, investigative journalism, top opinions and a range of features. Journalism strengthens democracy. Invest in the future today. Thereafter you will be billed R75 per month. You can cancel anytime and if you cancel within 14 days you won't be billed.
Subscribe to News24
Related Links
Banting helped me lose 75kg
Banting? No dairy, says Noakes
Could the LCHF/ Banting diet help prevent or control ADHD?
Next on Health24
Whether from diet or surgery, weight loss has equal benefits for diabetics