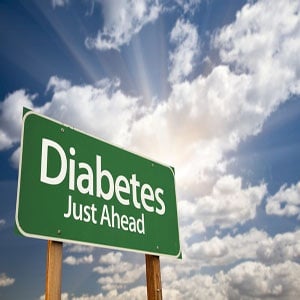 The risk was highest for men and people who worked rotating shifts, but the reasons for those differences remain unclear, researchers say.

Lu, a researcher at Tongji Medical College, Huazhong University of Science and Technology in Wuhan, China, added that: "Over the past decades, a few epidemiological studies have assessed the association between shift work and the risk of diabetes mellitus with inconsistent results."

The lack of a definitive summary of previous results prompted Lu's team to assess what's known, they write in the journal Occupational and Environmental Medicine.

About 15 million Americans are shift workers, according to the U.S. Centres for Disease Control and Prevention. And diabetes affects about 30 million Americans, or about 9 percent of the total population.

Lu and colleagues combined and re-analysed the data from 12 previous studies that looked at the association between shift work and chances of developing diabetes.

Six of the studies were conducted in Japan, with two each from the U.S. and Sweden and one each from Belgium and China.

Based on their analysis, the risk of diabetes was increased by 9 percent overall for shift workers, compared to people who had never been exposed to shift work.

It's not known how long the participants in those studies had been shift workers, which limits the authors' ability to interpret their results. The new analysis doesn't prove that shift work causes diabetes or explain how it might do so, they acknowledge.

He speculated that shift work may interfere with eating and sleeping patterns and disrupt circadian rhythms.

"Some studies have shown that insufficient sleep and poor sleep quality may develop and exacerbate insulin resistance," Lu said.

Insulin resistance is a condition in which the body doesn't use insulin properly to process blood sugar, and it's also sometimes called "pre-diabetes".

In addition, previous studies show that shift work is associated with weight gain, increase in appetite and body fat, which are major risk factors for diabetes Lu and his co-authors write.

"The overall literature in this subject right now has been fairly convincing that there is in fact an association between a misalignment of circadian rhythm and risk for diabetes," Dr. Peter Butler told Reuters Health.

Read: Diabetes and the heart

Butler directs the Larry L. Hillblom Islet Research Centre at the David Geffen School of Medicine at the University of California, Los Angeles.

Butler, who was not involved in the study, said he wasn't surprised that the authors found rotating shifts tended to have more of an effect. "If your circadian rhythms aren't synchronized, it's not at all surprising that bad things would happen. But it's not a problem for most people as most people on night shifts don't get diabetes."

"Probably about 20 percent of us are vulnerable for diabetes, and what I think probably happens is the people who get diabetes in relation to shift work are the ones who were vulnerable to getting diabetes anyway," he said.

"You can counter the risks for diabetes," he said. "There are many risks that come into play and circadian misalignment is just one risk, but if you counter that by regular exercise and good diet, you'd reduce that risk very substantially."

We live in a world where facts and fiction get blurred
In times of uncertainty you need journalism you can trust. For only R75 per month, you have access to a world of in-depth analyses, investigative journalism, top opinions and a range of features. Journalism strengthens democracy. Invest in the future today.
Subscribe to News24
Next on Health24
OPINION | Covid-19 and diabetes: why such a lethal combination?