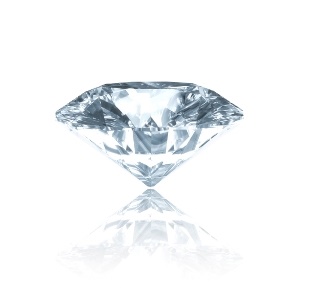 The good news for the Chinese visitor to Bangkok was that a doctor had successfully removed a foreign object from her large intestine that could have damaged her digestive system. The bad news: It was a 10 million baht ($278,000) diamond the woman was accused of stealing from a jewellery fair, adding a piece of rock-hard evidence to the case against her.

Police Col. Mana Tienmaungpak said that authorities got to the bottom of the theft when a doctor wielding a colonoscope and the medical equivalent of pliers pulled the 6-carat gemstone from the large intestine of the woman alleged to have filched it, after nature and laxatives failed to get it out.

Up to three years in prison

The woman, identified as 39-year-old Jiang Xulian, and a Chinese man were arrested at Bangkok's Suvarnabhumi Airport on their way out of Thailand on the basis of a surveillance video from the fair just outside Bangkok, where earlier that day the duo allegedly switched a fake stone for the real one after asking to inspect it. The dealer at the booth selling the diamond also identified the couple.

The suspects initially denied involvement, but X-rays showed a diamond-like object in the woman's intestine, and police said she then confessed. If convicted, the two face up to three years in prison, according to police.

Mana, the chief investigator for the case, said the woman agreed to the delicate operation after being told that the gemstone risked injuring her. The diamond's owner identified the stone after it was removed. Hiding gems in the digestive system is a rare but not unknown ploy. The method is more commonly used by drug smugglers, who swallow condoms filled with cocaine or other illicit substances to get them past customs checks.

In 2012, police in South Africa arrested a 25-year-old man who they said swallowed 220 polished diamonds in an attempt to smuggle them out of the country. The diamonds were estimated to be worth about $2.3 million, and were discovered by a body scan as the man was waiting to go through security at the international airport near Johannesburg prior to taking a flight to Dubai.

We live in a world where facts and fiction get blurred
In times of uncertainty you need journalism you can trust. For 14 free days, you can have access to a world of in-depth analyses, investigative journalism, top opinions and a range of features. Journalism strengthens democracy. Invest in the future today. Thereafter you will be billed R75 per month. You can cancel anytime and if you cancel within 14 days you won't be billed.
Subscribe to News24
Next on Health24
Faecal transplants help fight gut infection