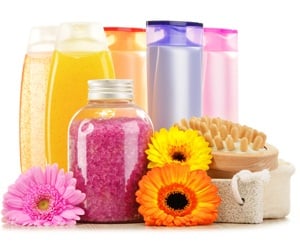 Exposure to certain chemicals commonly found in plastics and other products is associated with lower levels of testosterone in men, women and children, a new study says.

Testosterone is the main sex hormone in men, but it is also involved in a variety of functions in both men and women, including brain function, bone density, physical growth, strength and heart health.

The University of Michigan researchers studied exposure to chemicals called phthalates and testosterone levels in more than 2,200 people who took part in the 2011-12 U.S. National Health and Nutrition Examination Survey.

Phthalates are found in flexible PVC plastics and many personal care products, according to the study published online in the Journal of Clinical Endocrinology & Metabolism.

"We found evidence of reduced levels of circulating testosterone were associated with increased phthalate exposure in several key populations, including boys ages 6-12, and men and women ages 40-60," study author John Meeker, of the University of Michigan School of Public Health in Ann Arbor, said in a journal news release.

In the last 50 years, there has been a decline in men's testosterone levels and a rise in related health problems, such as reduced semen quality in men and genital deformities in newborn boys, the researchers noted.

The study results "support the hypothesis that environmental exposure to endocrine-disrupting chemicals such as phthalates could be contributing to the trend of declining testosterone and related disorders," Meeker said.

"With mounting evidence for adverse health effects, individuals and policymakers alike may want to take steps to limit human exposure to the degree possible," he concluded.

We live in a world where facts and fiction get blurred
In times of uncertainty you need journalism you can trust. For 14 free days, you can have access to a world of in-depth analyses, investigative journalism, top opinions and a range of features. Journalism strengthens democracy. Invest in the future today. Thereafter you will be billed R75 per month. You can cancel anytime and if you cancel within 14 days you won't be billed.
Subscribe to News24
Related Links
Scientists identify chemicals that damage sperm
Phthalates in plastics linked to premature birth
Chemicals in plastics a health risk for kids
Next on Health24
SEE: Viagra isn't always the solution to erectile dysfunction