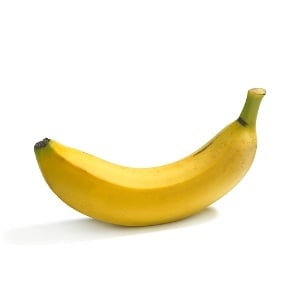 Over the years, we have had quite a number of Health24 readers post questions to our Erectile Dysfunction Expert, inquiring about a bent, crooked or curved penis.

Some describe their penis as looking like a banana. Others are worried that it will affect their sexual performance. Most feel that their curved penis is embarrassing and are looking for ways to straighten it, lengthen it or make it look more "normal".

While a focus on the aesthetic side is to be expected, the one thing that very few men expect is that their curved penis could be caused by a medical condition...

These are some of the questions we have received:

Peyronie’s disease occurs when a penis develops a layer of plaque, or hard fibrous tissue that can be visible as a lump on the penis. When the penis is erect, the plaque may pull the penis to one side, causing it to appear bent or curved.

It is important to remember that just because your penis isn't perfectly straight, you don't necessarily have Peyronie’s disease. Penises come in all shapes and sizes and a slight bend is quite normal. Men who have Peyronie’s disorder will usually experience other symptoms as well.

According to Mayo Clinic, these other symptoms may include:

These symptoms can appear gradually over time or fairly rapidly. If you are suffering from any of these issues it is important to consult a urologist. A urologist is a doctor who specialises in treating reproductive problems in men and urinary issues in both men and women.

These are some commonly asked questions about Peyronie's disease:

While the causes of this condition are not fully understood, Urology Care Foundation states that abnormal healing after an injury to the penis is a common cause of Peyronie’s disease. This trauma can be relatively minor and is likely to be caused by some form of sexual activity. Researchers have suggested that there are a number of other factors that could also cause the condition. There is also some evidence to suggest that Peyronie’s could be genetic or even the result of an autoimmune disorder.

2. How is Peyronie’s disease diagnosed?

A urologist will perform an examination of the penis. During the examination he will look for any hard, fibrous tissue that may be causing the curvature. Urology Health states that in certain situations, the urologist may inject saline solution into the penis, causing an erection. In certain cases, an ultrasound or X-ray of the penis may be required to come to a proper diagnosis.

3. How is the condition treated?

Treatment will usually depend on the symptoms and the specific characteristics of the defect. If the curvature does not cause painful erections or discomfort during sex, often no treatment will be required.

In certain situations, the patient will be given oral medications such as vitamin E or potassium amino-benzoate to reduce the amount of hardened, fibrous tissue in the penis. An anti-inflammatory called colchicines is also prescribed as it has been shown to reduce collagen production.

Penile injections of medications such as verapamil or interferon are also used. The U.S Food and Drug Administration (FDA) recently approved a new drug, Xiaflex, which can also be administered via injection. Xiaflex works by breaking down the plaque or scar tissue. Such injections offer the benefit of targeting the medication specifically to the affected area.

In cases where Peyronie’s disorder is debilitating, a surgical procedure may be required. Even then, it is usually the last option that urologists will consider. According to WebMD, one common procedure involves removing the plaque and replacing it with either a skin or synthetic graft. Another option is to remove the tissue on the opposite side of the area of concern to counter the bending.

In cases where the patient is suffering from severe erectile dysfunction in addition to Peyronie’s disease, a penile implant may be considered.

4. How common is Peyronie’s disease?

Because a perceived defect to their penis may be very embarrassing for men, it is likely that Peyronie’s disease is significantly under-reported. For this reason, Urology Health believes that the prevalence of the condition could be anywhere between 1 and 23% of the male population. The condition is rare in younger men with the majority of patients being over the age of 30.

If you suspect that you may have Peyronie's disease or something else affecting your penis, consult a doctor as quickly as possible. No matter how ashamed your are of your penis, seeking professional advice is incredibly important to prevent future complications, to restore your sex life and to recover your self-confidence.