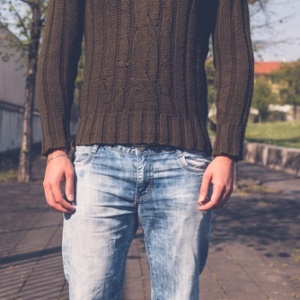 It may seem unlikely that teenage boys could have erectile difficulties, but it can happen. Furthermore, the problem is not all in their heads but can have a physical cause, according to the first-ever study evaluating erectile dysfunction (ED) in teenage boys.

Even if a teen's ED turns out not to stem from physical causes, "the answer isn't go home, relax, you're fine," said Dr John P. Mulhall.

Taking the right approach to treatment in teens is important, according to Mulhall, who's with Memorial Sloan Kettering Cancer Centre in New York City. Young men with ED may experience psychological harm that interferes with their sexual function in adulthood, and the earlier treatment is started, he added, the more effective it will be.

In the medical journal BJU International, Mulhall and his team report on 40 males ranging in age from 14 to 19 who came to one of three different specialised ED treatment centres for help. On average, the young men had been having problems for nearly two years. Most were accompanied by one or both parents.

Read: Relax - your penis is probably a completely normal size

What the study found
Half of the teens reported having a decreased or absent sex drive, 30 had difficulty achieving spontaneous erection during sexual encounters, and 35 had trouble maintaining erections.

Twenty-five had ultrasound to check penile blood flow, which identified blood vessel problems in 12. The remaining 13 were considered to have psychological causes of erectile dysfunction.

The young men in the study weren't necessarily having sex, Mulhall noted; for example, they might have simply noticed that while their friends were talking about waking up with erections, this had never happened to them.

"The common theme for most of these teenagers is they are mature," he added. "You can imagine what a young boy, what a young man has to go through to raise this with his parents and come in and see us."

Treatment often possible
When a physical cause of ED is diagnosed, Mulhall said, treatment is often possible, with hormone therapy, for example, if endocrine problems are identified, or vascular surgery for the few with blood vessel problems.

For young men whose ED problems are related to a bad sexual experience or loss of confidence, Mulhall said, the first line of treatment is to give them medication that will allow them to achieve erections when they have sexual relations, along with psychotherapy. Typically, he added, these young men can stop using the medication within 12 months.

Mulhall admits that the idea of treating ED in teens might be controversial to some, but he argues that doing so is crucial to a young man's sexual and overall well-being. "There's a real value to nipping things early in the bud so you're not building up this chronic sense of no sexual self-confidence," he said.

"No 35-year-olds like to think of their parents having sex, nor do they like to think about their kids having sex," Mulhall added. Nevertheless, he said, "The more open we are with these teenagers the more likely they are to make better decisions."

Can soap really cause erectile dysfunction?