Sparklers and fireworks can cause eye injuries
iStock

No fireworks are safe, not even those innocent firecrackers, sparklers and bottle rockets that may seem harmless enough, eye doctors warn.

The potential to cause death

Each year, about 10 000 fireworks-related injuries are treated at US emergency departments. Most of those cases involve children, including many who suffer eye injuries, according to the American Academy of Ophthalmology (AAO).

Children are also at a greater risk of burn injuries – which have and the potential to cause death, lifelong scarring, disfigurement and dysfunction – Health24 previously reported.

Most of the injuries are caused by legal fireworks that parents buy for their children, such as sparklers, firecrackers and Roman candles, according to the AAO.

Myth 1. Sparklers are safe for young children. False. Sparklers burn at  982 degrees Celsius – that's hot enough to melt some metals. Sparklers are responsible for most fireworks-related injuries among children age 5 and younger. Myth 2. It's safe to watch nearby fireworks if you didn't light or throw them. Actually, bystanders are injured by fireworks just as often as the operators. 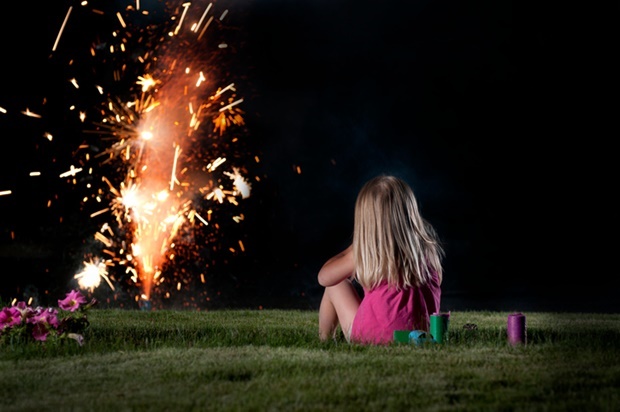 Myth 3. Consumer fireworks are safe. Statistics show that sparklers and firecrackers each account for 1 400 injuries to the eyes every year in the United States. SA statistics are not available. Myth 4. It's safe to pick up a firework if it doesn't go off after it was lit. The fact is, even though it looks like a dud, it may still explode. Myth 5. It's just not Guy Fawkes Day without setting off your own fireworks. Guys, sparklers can get red hot!

Should sky lanterns be banned?

We live in a world where facts and fiction get blurred
In times of uncertainty you need journalism you can trust. For only R75 per month, you have access to a world of in-depth analyses, investigative journalism, top opinions and a range of features. Journalism strengthens democracy. Invest in the future today.
Subscribe to News24
Related Links
Don’t let your pets be an afterthought this Guy Fawkes
Warning - Guy Fawkes fireworks can kill!
10 safety tips for Guy Fawkes
Next on Health24
‘Rare case’ of young woman crying blood during her period