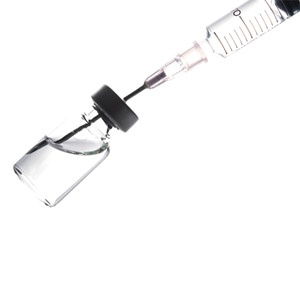 GlaxoSmithKline is recalling remaining doses of a popular four-in-one flu vaccine because of effectiveness problems.

Vaccines can lose potency over time

The company alerted U.S. customers that the vaccine can lose potency over time and fail to adequately protect against some strains of the flu. The Flulaval Quadrivalent Thimerosal-free vaccine in pre-filled syringes is designed to protect against four strains of influenza virus.

But Glaxo said in a letter it "cannot rule out potential suboptimal protection" in people who received the vaccine in early January or later.

The letter was sent to about 1,000 customers throughout the U.S., including wholesale distributors, pharmacies, government agencies and physicians.

The recall affects about 1.7 million doses, but a company spokeswoman says it's unclear how many of those actually remain on the market.

More than 99 percent of the vaccines were distributed in 2014, before the product began losing potency, according to GlaxoSmithKline's Anna Padula.

"The lots are being recalled due to the potential for reduced efficacy offered by the vaccine and not as a result of any identified safety concern," Padula said in a statement. The British drug and vaccine maker has also notified the Food and Drug Administration.

The recalled vaccines represent about 7 percent of the total 24 million flu vaccine doses Glaxo distributed in the U.S. this season.

Health authorities generally recommend getting the flu vaccine in the fall but many people don't get vaccinated until later months. Flu season generally peaks around January or February.

Glaxo's so-called quadrivalent vaccine is part of a new group of injectable and inhalable products that protect against four strains: two for Type A flu and two for Type B flu. Older vaccines traditionally only protected against three strains: two Type A strains and one Type B strain.

Glaxo said it launched the recall after company testing showed its vaccine's potency against the B strains could fall below minimum effectiveness standards. Type B flu tends to strike children more than the middle-aged.

The Centres for Disease Control and Prevention recommends the flu vaccine for nearly everyone ages 6 months and older. Yet usually less than half of that target population follows the advice.

Flu is particularly risky for seniors, children, pregnant women and people of any age with asthma, heart disease and other chronic diseases.

GlaxoSmithKline is headquartered in London, with U.S. operations in Philadelphia and North Carolina.