Pregnant women should get influenza vaccine 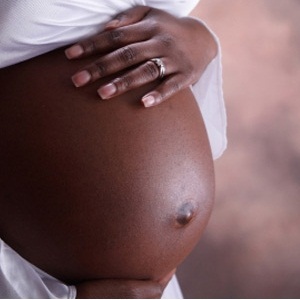 Most doctors do not recommend flu shots to their pregnant patients, who are more likely to develop serious complications if they do get the flu, according to a new report.

In the review of past studies, researchers also found that pregnant women had concerns about the safety of the flu vaccine and tended to underestimate the risk that the virus posed to themselves and their foetus.

Read: Get your flu shot

"The research is clear that healthcare providers are not providing advice to pregnant women about the importance and benefits of getting vaccinated," Marie Tarrant told Reuters Health in an email. She worked on the study at Li Ka Shing Faculty of Medicine at the University of Hong Kong.

One study found pregnant women were five times more likely to be hospitalised with the flu than other women, Tarrant said.

Read: importance and benefits of getting vaccinated

Flu vaccines given to pregnant women not only immunise them but protect their infants against the flu until they are six months old, the researchers write in the journal Vaccine.

The World Health Organisation recently identified pregnant women as the highest priority group to receive seasonal flu vaccines. The US Centres for Disease Control and Prevention recommends the vaccines for women who are pregnant during flu season.

Tarrant and her co-author Carol Yuet Sheung Yuen analyzed data from 45 studies to learn more about why pregnant women do or do not get flu shots.

The studies included women from the US, Canada, Australia, Hong Kong, India, Turkey and various European countries. Most of them found that fewer than 60 percent of pregnant women received flu shots, and one showed vaccination rates below two percent.

A recommendation from a healthcare provider was one of the most consistent predictors of getting a flu shot, the researchers found. Women whose providers recommended flu shots were between 20 and 100 times more likely to get vaccinated.

However, several studies found that providers offered negative advice about flu shots and in some cases, explicitly discouraged them.

The results were not surprising to Dr. Flor Munoz, a paediatrics and infectious disease researcher at Baylor College of Medicine in Houston, who was not involved in the current study.

"If doctors recommended the vaccine, people would take it," she told Reuters Health. "This paper is asking providers to be more vocal in recommending the vaccine to pregnant
women."

The primary reason obstetricians cite for not advising pregnant women to get the vaccine, Munoz said, is that they do not stock it in their offices.

"They don't carry it," she said. "They see it as a burden, and they don't think it's worth it. For them to be able to get their return on investment is difficult, and that's why they don't do it."

The new review also found that pregnant women often worried about vaccine safety and side effects. One study found that 45 percent of pregnant women perceived the vaccine as unsafe and nearly 80 percent believed it could cause birth defects.

Some pregnant women were particularly concerned that mercury, present in certain flu vaccines, could harm their unborn children, the authors write.

Multi-dose vials of the flu vaccine contain small amounts of thimerosal, a mercury-containing preservative that prevents bacterial growth. Single-dose vaccine vials do not contain the preservative and are frequently available for pregnant women, Tarrant said.

"The amount of thimerosal in influenza vaccines is very small, and it has been shown repeatedly that it is not harmful," she said. "However, pregnant women may be more willing to accept the vaccine without thimerosal. So, often that is provided."

We live in a world where facts and fiction get blurred
In times of uncertainty you need journalism you can trust. For 14 free days, you can have access to a world of in-depth analyses, investigative journalism, top opinions and a range of features. Journalism strengthens democracy. Invest in the future today. Thereafter you will be billed R75 per month. You can cancel anytime and if you cancel within 14 days you won't be billed.
Subscribe to News24
Next on Health24
Flu, pneumonia vaccines save lives of heart failure patients