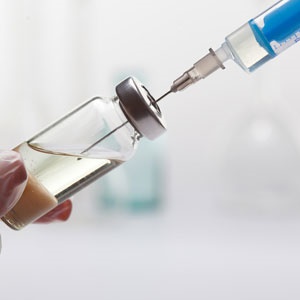 With winter only a few weeks away, the Influenza Consortium has echoed the World Health Organisation's (WHO) call to the public to get vaccinated against influenza.

According to Professor Elvis Irusen, head of the Lung Unit at the University of Stellenbosch and Tygerberg Academic Hospital, if you want to avoid influenza this year, the time to vaccinate is now.

Irusen pointed out that absenteeism had an affect on the nation's productivity; and that the consequences could be a lot worse than a few days off. "Many people confuse a cold and influenza. But influenza is a very dangerous viral infection which, in severe cases, gets into your muscles, heart and brain, and this is how it kills," he said.

The influenza of 2008
The following strains of influenza have been identified by WHO for the 2008 southern hemisphere influenza season:

"The strain of virus predicted to be the most potent in a year is determined by a group of scientists who work for WHO and monitor the influenza virus all over the world so they always know what's coming. They then inform the pharmaceutical companies, who in turn prepare the vaccine," explained Irusen.

Where can I get vaccinated?
Irusen says the vaccine should be available at all clinics and hospitals nationwide. However, he added that while the State does make the vaccine available, hospitals may not order enough, or adequately prepare.

When should I get it?
Now! Irusen says the best time to get the vaccine is in March/April before the influenza season really kicks off. However, he added that there is no set cut-off time after which you cannot be vaccinated.

When does it start working?
Irusen stated that it takes two weeks for the vaccine to give your body immunity to the specific influenza viruses. But it does last the whole year until the next winter season, when another vaccine is advised as the strain of influenza will have changed by then.

Common concerns
We asked Irusen to clear up a few common misconceptions about the influenza vaccine which often leads people to avoid having it done:

Health24: Won't I get the influenza if I have the vaccine?
Irusen: Impossible! What's in the vaccine is so altered it cannot lead to an infection. The idea is for the body to build up an immunity to the specific viruses in the vaccine.

Health24: Does it really matter if I don't get it?
Irusen: Yes! Anyone who has ever had influenza will know how debilitating it is. It is also highly infectious and you can pass it on before you even know you have it. Also, because it's so infectious, everyone around you, from family to colleagues, will get it.

Health24: Who really needs it?
Irusen: Those who are sick, very young or very old. Also, anyone whose immune system is compromised, such as those with HIV/Aids. This is a must for them, because the influenza virus will make them sicker and predispose them to other infections.

Health24: I exercise a lot and am healthy – surely I will build up my own immunity?
Irusen: Actually, the opposite is true – people who exercise a lot are more predisposed to infections than others. For example, when you exercise a lot, you cause slight injury to your muscles, therefore all your immune cells rush to them to repair them, which leaves you wide open to other infections.

Health24: There was a scare a while ago that the influenza vaccine had caused autism in some children – is this a possibility?
Irusen: Not at all! The cases in the UK where this was reported, and this was 15 years ago, were all found to be completely unrelated to the vaccine in extensive tests. There is no chance of this ever happening.

More:
Who should be vaccinated against flu?
Symptoms of flu