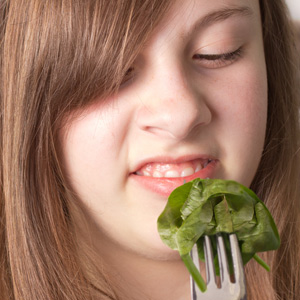 Brush up on your health knowledge and astound friends and family with the truth behind some of the most common health-related misconceptions.

1. Colds are not caused by being wet or cold. They are caused by viruses, that have nothing to do with cold temperatures. However, in cold temperatures, people are more inclined to spend time together indoors, thereby more easily transmitting the virus from one person to another.

3. Black coffee does not sober up an intoxicated person. It will only wake him up, but will not change the alcohol levels in the bloodstream. It is better to drink fruit juice and water.

4. The colour of your hair determines how many you have. Blonde people have about 140 000, brunettes about 108 000 and redheads only 90 000. Hair grows more quickly at night and dark hair at a greater speed than blonde hair.

5. Fingernails grow faster than toenails. It is thought that the reason for this might be that sunlight stimulates nail growth, and feet are often covered.

6. Three quarters of all the food we eat on this planet come from eight types of grains : maize, rice, wheat, oats, barley, sorghum, millet and rye.

7. Airplanes have nothing to do with your feet swelling on long journeys. What causes the swelling is the fact that you don’t move around. If you were to sit in one place in your lounge for a similar length of time, your feet would also swell up.

8. The rat and the mouse are far more dangerous to humans than any other animals. They carry at least 20 pathogens that cause different diseases. It is estimated that they have caused the deaths of more people in the last thousand years than all wars in the world put together.

9. It is estimated that approximately 120 million acts of heterosexual sex takes place on earth every day. Of these, about 910 000 end in pregnancy.

10. The myth that spinach is extremely rich in iron, is the result of a printing error. Many decades ago, a table indicating nutritional values of certain food types, put the decimal point, indicating the iron content of spinach, one position too far to the right, thereby increasing its supposed iron content tenfold. Despite the mistake being rectified 70 years ago, public perception still has not followed suit.

(Picture: Girl with spinach from Shutterstock)

We live in a world where facts and fiction get blurred
In times of uncertainty you need journalism you can trust. For only R75 per month, you have access to a world of in-depth analyses, investigative journalism, top opinions and a range of features. Journalism strengthens democracy. Invest in the future today.
Subscribe to News24
Related Links
Male menopause: more fact than myth
Cancer risks: truth and myth
Colic: is it a myth?
Next on Health24
Mystery virus outbreak in the US sends scores to hospital