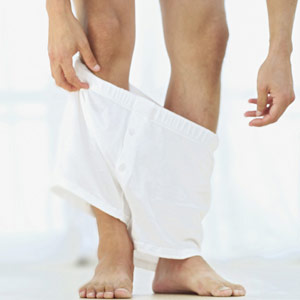 A study reveals that circumcision affects the type of bacteria that live on the penis, which could explain why circumcised men have a 50% to 60% reduced risk of being infected by HIV, the virus that causes Aids.

Circumcision also lowers the risk of infection with other sexually transmitted viruses such as human papillomavirus and herpes simplex virus type 2, researchers have found.

Instead of viruses, however, this study looks another type of microbe: bacteria.

In this study, researchers assessed the numbers and types of bacteria on the penis before and after circumcision.

"The change in the communities is really characterised by the loss of anaerobes. It's dramatic," study corresponding author Lance Price, of the Translational Genomics Research Institute in Arizona and George Washington University, said in a news release from the American Society for Microbiology.

The exact way that the bacterial community on the penis may affect the risk of HIV infection is not known, but previous research suggests that these bacteria may influence how susceptible the penis is to sexually transmitted viral infections, Price said.

In uncircumcised men, a higher number of bacteria may activate cells in the foreskin called Langerhans cells, preventing them from carrying out their normal role of fighting off viruses.

Instead, the activated Langerhans cells may actually help HIV infect the immune system, according to Price.

He said the circumcision-related reduction in the number of bacteria on the penis could prevent the Langerhans cells from doing this.

This research could lead to non-surgical alternatives to circumcision that would alter the bacterial community on the penis and reduce the risk of HIV infection in men, Price said.

We live in a world where facts and fiction get blurred
In times of uncertainty you need journalism you can trust. For 14 free days, you can have access to a world of in-depth analyses, investigative journalism, top opinions and a range of features. Journalism strengthens democracy. Invest in the future today. Thereafter you will be billed R75 per month. You can cancel anytime and if you cancel within 14 days you won't be billed.
Subscribe to News24
Related Links
What are the causes of HIV/Aids?
Global ban on female circumcision
Ring device helps in adult circumcision
Next on Health24
SEE: How much liquid can a condom hold?