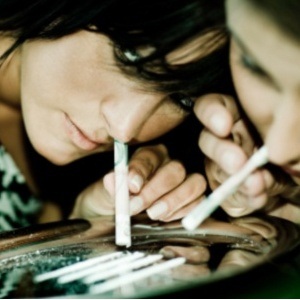 The link between HIV and drug-taking is not only related to dirty needles, but also to risk-taking behaviour and impaired judgement, explains Dr Avron Urison of AllLife.

Transmission of HIV disease is fueled in part by the use of illicit drugs. In addition to direct transmission through sharing injection drug equipment, indirect transmission occurs through sexual contact with HIV positive injection drug users. Moreover, the use of both injected and non-injected illicit drugs increases risk for HIV because of their effects on decision making and sexual risk taking.

Drug abuse and addiction have always been inextricably linked to HIV/Aids. For many years, people often believed that this connection was due only directly to the substance abuse, i.e. injection drug use and needle sharing.

However, this way of thinking greatly underestimates the impact that drug use and abuse can have on the spread of HIV/Aids through the risky behaviors it engenders. Drug and alcohol intoxication affects judgment and can lead to effects on decision making and risky sexual behavior that puts participants at risk of contracting or transmitting HIV and other sexually transmitted diseases.

In addition, drug use and substance abuse can facilitate the progress of HIV infection by further compromising the immune system.

People typically associate drug abuse and HIV/Aids with injection drug use and needle sharing. When injection drug users share "equipment", such as needles, syringes, and other drug injection equipment then HIV can be transmitted between users. Other infections such as hepatitis C can also be spread in this way. Hepatitis C can cause liver disease and permanent liver damage.

Drug abuse and addiction can affect a person's overall health, thereby altering susceptibility to HIV and progression of Aids. Drugs of abuse and HIV both affect the brain. Research has shown that HIV causes greater injury to cells in the brain and cognitive impairment among abusers than among HIV patients who do not abuse drugs.

The same is true for people who drink to excess. People who are intoxicated lose their inhibitions and have their judgment impaired and can easily find themselves involved in behavior that would put them at risk for contracting HIV.

Research shows that most young people are not concerned about becoming infected with HIV, but they face a very real danger when they engage in risky behaviors, such as unprotected sex with multiple partners.

Risky behavior is not the only way drinking alcohol can increase the risk for becoming infected with HIV. Alcohol consumption may increase host susceptibility to HIV infection. Studies have shown that the alcohol may increase infectivity of cells or increase the number of susceptible cells.

For people who have already been infected with HIV, drinking alcohol may also accelerate their HIV disease progression, according to studies. The reason for this is both HIV and alcohol suppress the body's immune system.

Research has found that HIV patients who are receiving highly active antiretroviral therapy (HAART), and are currently drinking, have greater HIV progression than those who do not drink. They found that HIV patients who drink moderately or at at-risk levels had higher HIV RNA levels and lower CD4 cell counts, compared with those who did not drink.

Patients with HIV who drink, especially those who drinking heavily, are less likely to adhere to their prescribed medication schedule. Studies have found that nearly half of the patients who drank heavily reported taking medication off schedule.

The researchers said many of the heavy drinkers simply would forget to take their medications. This is potentially a big problem for healthcare providers due to the fact that alcohol dependence in those with HIV run at rates twice as high as the general population.

Since the late 1980s, research has shown that treating drug and alcohol abuse is an effective way to prevent the spread of HIV. Drug and alcohol abusers in treatment stop or reduce their substance abuse and related risk behaviors, including drug injection and unsafe sexual practices. Substance abuse treatment programs also serve an important role in providing current information on HIV/AIDS and related diseases, counseling and testing services, and referrals for medical and social services.

We live in a world where facts and fiction get blurred
In times of uncertainty you need journalism you can trust. For 14 free days, you can have access to a world of in-depth analyses, investigative journalism, top opinions and a range of features. Journalism strengthens democracy. Invest in the future today. Thereafter you will be billed R75 per month. You can cancel anytime and if you cancel within 14 days you won't be billed.
Subscribe to News24
Next on Health24
Diabetes treatment helps HIV positive patients with inflammation