The latest national household HIV survey by the Human Sciences Research Council shows that almost quarter of all new infections in South Africa occur among young women between the ages of 15 and 24 years.

Read: Do you share your HIV status willing with sexual partners?

New infections among this group of women are more than four times those seen in their male peers due to a range of factors.

Science tells us that women’s anatomy makes them more vulnerable to contracting the virus. Research says that a range of other factors including gender-based violence, unequal power dynamics in relationships and poverty exacerbate this biological vulnerability. “I think this is caused by men sleeping around then coming back to us their women to infect us. They refuse to use condoms because they know that their voice is heard (much more) than ours.” “We live under oppression. I am scared to lose my husband. At the end of the day, he says, 'we don’t use condoms because you are my wife' and it stays like that. We are always oppressed because there is no way we can say no to men.” “Our boyfriends have this belief that men must be heard over women so obviously when he says no condom then it means no condom. That is how we get more exposed to HIV.” “Women cant satisfy their own men sexually so that is the reason why men go outside to seek good, enjoyable sex. Then they contract HIV and bring it to their straight girlfriends or wives.” 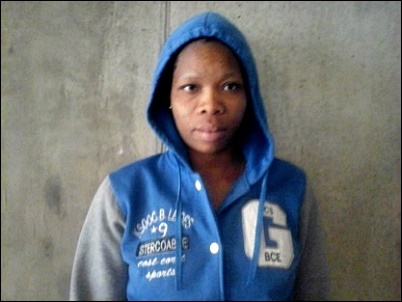 “It starts at home. If my boyfriend don’t give me money, I will find someone outside who will give me money. I will have to pay him with sex and forget that I can contract HIV if I no longer stick to my partner because of money.” “Sugar daddies, if they come promise us expensive clothes and nice stuff, yes I’ll go for that in exchange for unprotected sex.  ‘H-I-V’ is not written on (people’s) foreheads – there is no way I can tell that this sugar daddy is HIV positive.” “We girls love money, so if any guy promises me money and ask for sex without a condom, I will give it to him because I need money.”

'Shock and kill' approach could eradicate HIV from body

Results from two major trials may revolutionise how HIV is treated

We live in a world where facts and fiction get blurred
In times of uncertainty you need journalism you can trust. For only R75 per month, you have access to a world of in-depth analyses, investigative journalism, top opinions and a range of features. Journalism strengthens democracy. Invest in the future today.
Subscribe to News24
Related Links
Half of all Khayelitsha men don't know their HIV status
It's time to override patents on Aids drugs
Could legalising sex work stop HIV spread?
Next on Health24
In an extremely rare case, a woman's immune system 'clears' HIV virus