MSM at high HIV risk: ‘Being gay is not a sickness’ 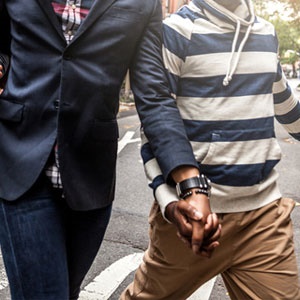 It is difficult for many MSM to be open about their sexual orientation.

There are 7.1 million people living with HIV in South Africa, placing many vulnerable groups at risk of transmission. Of those at risk are men who have sex with men (MSM) but who do not necessarily define themselves as gay.

When nursing or medical staff assume that all men are heterosexual, it puts MSM at risk of being misdiagnosed and mistreated for various infections and viruses, including HIV.

Anova Health has launched an initiative called Health4Men, which trains medical staff to to ensure prejudice-free and responsible healthcare is provided for this at-risk and often stigmatised social group.

This is the story of their ambassador and nurse trainer, and the challenges they have both faced in the pursuit of HIV reduction for MSM in South Africa.

We live in a world where facts and fiction get blurred
In times of uncertainty you need journalism you can trust. For only R75 per month, you have access to a world of in-depth analyses, investigative journalism, top opinions and a range of features. Journalism strengthens democracy. Invest in the future today.
Subscribe to News24
Next on Health24
HIV prevention injection hailed as a 'major breakthrough' for women