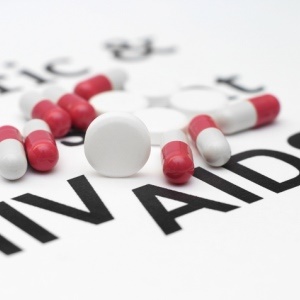 We have come a long way in the battle against HIV/Aids.

As we celebrate World Aids Day on the 1st of December, it’s worth remembering that we have seen much progress in the battle against HIV. When I first engaged in treating children, I was undertaking a paediatric infectious diseases fellowship in Denver in the USA in 1991. My main goal was to gain experience and knowledge on this recently discovered virus responsible for Aids that was already devastating vulnerable communities across the world.

We knew back then already that HIV had the potential to have a severe impact in South Africa and that it was on its way. In Denver, we had access to recently developed antiretrovirals (ARVs) such as zidovudine and didanosine which were both effective in the short term, but with some adverse health effects. Our main debate was whether these two medicines should be used sequentially or in combination.

We have come a long way

On my return to South Africa at the end of 1995, HIV was well established and devastating to adults and their children who had acquired the virus through mother-to-child (vertical) transmission. Since then, we have come a long way. Despite avoidable difficulties in the first few years, we have overcome much. Civil society has been resilient and ARVs are widely available, effective and easy to take. Vertical transmission has declined from between 20 to 30% of 300 000 HIV-affected pregnancies to between one and two percent. These small numbers of children are, however, more difficult to treat because of ARV resistance and enormous societal challenges faced by those most vulnerable.

Today we know that one of the key feature of HIV is its adaptability and ability to evade our immune systems over time. It can develop resistance to all ARVs over time when adherence is low. HIV targets the CD4 receptor on T-cells and so subverts a key component of our immune systems responsible for antibody production to neutralise viruses (and bacteria) and to assist CD8 T-cells, responsible for most cellular immunity, by priming and ensuring long lasting immunological memory. HIV has the highest known mutation (evasion) rate of any virus currently known. In addition, it can become latent, by hiding in our DNA and re-emerging when circumstances become favourable. Against HIV’s success as a highly adaptable pathogen, we have the resilience and adaptability of civil society. We also have the sustained but ever adapting contributions from science, often building on existing knowledge and often using new insights to approach HIV from new directions.

For example, broadly neutralising antibodies against HIV were first found in HIV-positive people a few years after infection. Although their own HIV easily circumvented these antibodies, these broadly neutralising antibodies are highly effective in other HIV-positive people. Broadly neutralising antibodies are being studied as an adjunct to antiretroviral treatment (ART), as early treatment or as prevention. As in ART, which relies on a combination of ARVs to suppress HIV-replication by blocking different targets, antibodies targeting different sites on HIV can be combined. This was actually curative in a primate model when given three days after infection. Using information from other therapeutic antibodies, the levels in the blood stream can be extended four-fold or more, providing protection for over four months from a single injection.

Also, vaccine research has benefitted as new targets on HIV have been identified. This could lead to better vaccines to both prevent and even re-educate the immune systems in HIV- positive persons to improve HIV control, with the ultimate goal of them no longer needing ART.

It is also encouraging that the expanding field of implementation science in HIV and TB will inform us of how to successfully implement successful interventions on a large scale. A brief review of Pubmed.gov lists 51 234 peer reviewed publications on all aspects of HIV over the last three years. When comparing the adaptability of HIV to our constant and changing multileveled approaches on all aspects of HIV, I am optimistic that we will continue to make gains in combatting HIV and along the way acquire new knowledge about how to address other present and emerging problems related to this.

*Prof Mark Cotton is Distinguished Professor in the Department of Paediatrics & Child Health in the Faculty of Medicine and Health Sciences at Stellenbosch University.

We live in a world where facts and fiction get blurred
In times of uncertainty you need journalism you can trust. For only R75 per month, you have access to a world of in-depth analyses, investigative journalism, top opinions and a range of features. Journalism strengthens democracy. Invest in the future today.
Subscribe to News24
Related Links
South Africa’s new HIV treatment projected to roll out in January
What you need to know about SA’s new HIV drug
No need for alarm over newly identified HIV strain
Next on Health24
New HIV drug is not more effective in dealing with resistance than old drugs