Warning over the isolated use of HIV drug Truvada 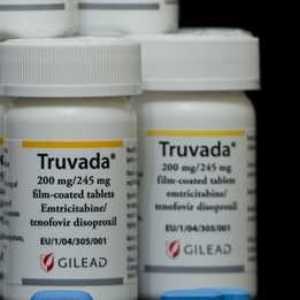 While the HIV prevention drug, Truvada has been approved, a combination prevention approach is still the best way to win the fight against the epidemic, according to Dr Ramneek Ahluwalia.

This is according to the director of Higher Education and Training HIV/ AIDS Training (HEAIDS), Dr Ramneek Ahluwalia, following the announcement by the Department of Health that the HIV prevention drug, Truvada has been approved.

The anti-viral that can be taken before an individual is exposed to HIV (such as during sex) to prime the body against the virus and so reduce or prevent infection. It combines two different drugs – tenofovir and emtricitabine – which prevent HIV cells from multiplying.

The combination ARV is already prescribed to HIV-positive patients, including in South Africa, seeking to reduce their body's viral load. The medication suppresses rapid reproduction of viral cells, prolonging life and reducing the chances of passing the disease on to others.

"We support the government in its efforts to fight this epidemic and the provision of the prevention drug is a step in the right direction," said Dr Ahluwalia.

However, he noted that HEAIDS strongly believes that when people educate themselves about HIV/Aids, it is the first step in winning the fight.

"The drug is a welcome addition to the existing prevention arsenal and we strongly advocate for a combination prevention approach which also emphasises the importance of education.”

Championed by the Department of Higher Education and Training, HEAIDS ensures that information and access to products such as condoms and services for testing, prevention and treatment are available within the higher education and training sector.

HEAID's First Things First programme aims to encourage young people to make health a priority of every young South African and to prevent HIV, TB and STI infections by providing education, testing and screening at no cost at the door steps of all young people in the post school sector in order to promote overall general health and wellness.

Dr Ahluwalia further cautioned against the isolated use of PrEP as a preventive measure to contracting HIV/AIDS.

“The provision of Truvada must be used as an additional measure to fighting the infection of the disease. The public needs to get as much information as possible prior to using the drug. I must also stress that those taking the drug need to be HIV negative, therefore testing and knowing your status remains crucial.”

Evidence has revealed that students are in a high-risk group with regard to contracting HIV, STIs and TB – and need accessible and relevant programmes to boost HIV prevention and improve health and wellness more holistically.

“The provision of the drug enables us to better address the complexities of the post-schooling sector and with the Department of Higher Education and Training, implement solutions that allow us to produce high-quality competent graduates and artisans who can carry on South Africa’s social and economic transformation into the future,” said Dr Ahluwalia.

We live in a world where facts and fiction get blurred
In times of uncertainty you need journalism you can trust. For 14 free days, you can have access to a world of in-depth analyses, investigative journalism, top opinions and a range of features. Journalism strengthens democracy. Invest in the future today. Thereafter you will be billed R75 per month. You can cancel anytime and if you cancel within 14 days you won't be billed.
Subscribe to News24
Related Links
Gay men may not have to take daily HIV prevention pill
Why more people at risk of HIV should be taking Truvada
Men on new HIV preventative drug ditching condoms
Next on Health24
Researchers report third case of HIV remission - first woman - after umbilical-cord blood transplant