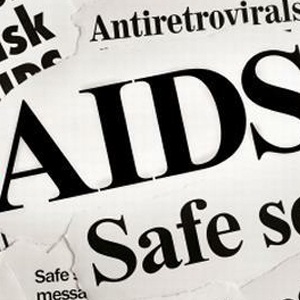 iStock
There is a need for more effective interventions in dealing with HIV/Aids stigma as education is not enough – legal measures and activism are necessary to challenge the power relationships that sustain stigma and discrimination.

This is according to the first report, Understanding HIV/Aids stigma – a theoretical and methodological analysis, emanating from a Human Sciences Research Council (HSRC) study designed to develop stigma research in southern Africa.

The report points out that there are hundreds of people who go to their deathbeds without admitting to their friends and family that they have HIV/Aids. There are equally hundreds who seek help under cover of darkness, or far away from their homes, as they are deeply ashamed of their plight.

Unless the stigma surrounding HIV/Aids is better understood, it will continue to be a serious barrier to the testing, treatment and care of people living with HIV/Aids (PLHA). Its negative effect will increasingly affect public health campaigns, and society as a whole.

Assistance in management of HIV/Aids
Through reviewing literature on disease stigma, that focuses on but is not restricted to HIV/Aids, the monograph aims to assist management of the HIV/Aids epidemic by:

Key to this report is the very definition of HIV/Aids stigma itself. The authors point out that stigma has been used to describe an entire range of obstacles to HIV/Aids management, from restricting the rollout of antiretrovirals (ARVs) to lack of condoms in schools.

Instead, they choose to define stigma as an ideology, one which links a biological illness to negatively-defined behaviours or groups, for example, linking HIV/Aids with promiscuity, or commercial sex workers. In short, disease stigma is “negative social baggage” associated with a disease.

Several issues explored
Working from this premise, the first seven chapters feature analyses of recent academic work on disease stigma, and include research that explores:

The remainder of the report looks at practical proposals arising from the research.

Firstly, it suggests steps to develop a research agenda with a specific focus on HIV/Aids stigma in southern Africa. Particularly, how HIV/Aids stigma has local histories and meanings, how this impacts on PLHA, and thus how research queries should be structured.

Finally, the need for more effective interventions in dealing with HIV/Aids stigma is recognised. As the authors point out, education is not enough – legal measures and activism are necessary to challenge the power relationships that sustain stigma and discrimination.

As with racism and sexism, there is no magic bullet that can eliminate stigma. The report aims to significantly strengthen the base of future research in this area. It makes a crucial contribution to the discussion of HIV/Aids stigma and, ultimately, towards management of both societal attitudes and the disease itself. – (Health24)

We live in a world where facts and fiction get blurred
In times of uncertainty you need journalism you can trust. For only R75 per month, you have access to a world of in-depth analyses, investigative journalism, top opinions and a range of features. Journalism strengthens democracy. Invest in the future today.
Subscribe to News24
Next on Health24
To end Aids in South Africa, we can't afford to ignore men