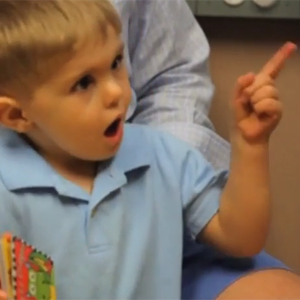 "The Pan South African Language Board (PanSALB) will be taking a key interest in the case involving Kyle Springate, who is due to go back to the Pietermaritzburg High Court," said the board's chairman Professor Sihawu Ngubane.

PanSALB was cited as the fourth respondent in the case and it has made it clear that it will not oppose the application. The matter will be heard at Pietermaritzburg High Court on Wednesday.

"As a watchdog relating to linguistic human rights, we have taken a position that we are not going to defend such cases in the future because these types of applications will have a potential of compromising our independence.

"The Constitution has mandated this institution to inter alia, promote, and create conditions for, the development and use of all official languages, including sign language," said Ngubane.

Not an isolated case
It was unfortunate that it was not the mandate of PanSALB to grant languages official status as it fell within the ambits of Parliament which had the power to bestow official status on languages, he said.

Ngubane said the issue of sign language was not an isolated case where state institutions showed reluctance in promoting multilingualism.

"For instance, the failure by government departments and related institutions to develop language policies and implement multilingualism is living proof that the matter has been reduced to the periphery."

Ngubane said he was of the view that the issue of sign language could only be addressed by the passing of a national language framework act. – (Sapa, August 2009)