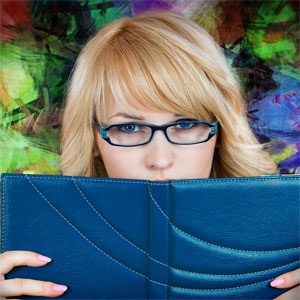 The lack of South African sign language proficiency is pushing the Reformed Church of SA to make strides in translating the Bible, Beeld reported on Wednesday.

For the deaf, to read a Bible in anything other than sign language is like reading something in a third or fourth language, said Ananda van der Walt.

She is a part-time back-translator at the Hands with Words project aiming to produce the sign language Bible. Van der Walt said there was a great need for this in the deaf community.

Deaf persons in South Africa continue to be marginalised and excluded due to a general lack of understanding of deaf culture. This limits the social participation and integration of deaf persons in society.

A first for SA

It is the first time an attempt has been made to do produce a Bible in South African sign language, according to Van der Walt.

Lisa Craye, executive director of Hands with Words, said their goal was to complete 32 of the Bible's evangelical texts by end of this year.

The non-profit organisation has completed 16 since it started the project in 2013.

In the quest for equality for deaf South Africans, the minister for basic education announced last year that sign language will be introduced in the curriculum of schools in 2015.

This came on the backdrop of debates whether or not to include sign language as one of the country's official languages.

Hearing loss is normally divided into two categories: conductive hearing loss and sensorineural hearing loss. One can also have a mixed hearing loss, which is a combination of the two.

People who cannot hear are usually described as being “hearing impaired”. This term includes different types of hearing loss, regardless of the nature, cause and extent.

Here is a closer look at the different terms and descriptions:

Deafness: a word describing a person who cannot use his hearing.

Hard of hearing: a person whose hearing is not within normal limits, but who can use the residue of his hearing (especially aided by hearing aids) to hear speech.

Deaf and dumb: a term used in the past. Nowadays it is inappropriate because all people with a hearing loss can be taught to communicate.

We live in a world where facts and fiction get blurred
In times of uncertainty you need journalism you can trust. For 14 free days, you can have access to a world of in-depth analyses, investigative journalism, top opinions and a range of features. Journalism strengthens democracy. Invest in the future today. Thereafter you will be billed R75 per month. You can cancel anytime and if you cancel within 14 days you won't be billed.
Subscribe to News24
Related Links
Should sign language be an official language in SA?
Spotting hearing problems in infancy may boost reading skills in deaf teens
Why some people can't clap to the beat
Next on Health24
FYI – these common objects are damaging your hearing