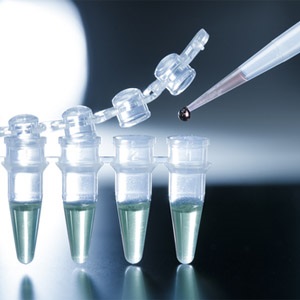 A team at the University of Sheffield said they had discovered how to turn stem cells into ones that behave like sensory hair cells or auditory neurons, which could then be surgically inserted into the ear to restore lost hearing.

Lead researcher Marcelo Rivolta said the approach, which is being tested on animals, held significant potential but was a long way from being offered to patients.

"It will take several years before we are in a position to start doing human trials," he said in a telephone interview.

Generate cells in laboratory
The cells in the ear that detect sound are created only in the womb, which means there is no way to repair them once they have been damaged, resulting in permanent hearing loss.

Using stem cells - master cells that produce all the body's tissues and organs - to generate these cell types in the laboratory could change that dramatically.

Rivolta's research parallels more advanced work on the eye by another group of British-based scientists, who plan to use stem cells to treat age-related macular degeneration, a common cause of blindness, in clinical tests starting in 2010 or 2011.

Stem cell treatment for Parkinson's?
Doctors hope one day to use stem cells to treat a wide range of diseases such as Parkinson's, diabetes and cancer. But localised approaches in the eye or ear may be a promising first step, since fewer cells are involved.

Rivolta and colleagues used foetal stem cells in their work, although they are also investigating the potential of both embryonic and adult stem cells.

Laboratory studies showed that the new cells derived from foetal tissue behaved and functioned just like their normal ones in developing ears.

"This research is incredibly promising and opens up exciting possibilities by bringing us closer to restoring hearing in the future," said Ralph Holme, director of biomedical research at the Royal National Institute for Deaf People, which helped fund the work.

Details of their research were published in the journal Stem Cells and are due to be presented at a stem cells conference in Oxford next week. – (Ben Hirschler/Reuters Health, March 2009)