What are the possible causes of foul-smelling ears? 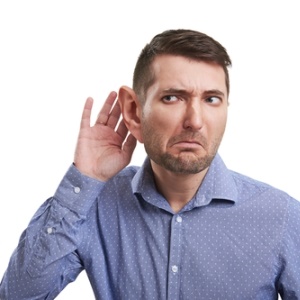 Despite your ears being situated close to your nose, smells originating from your ears are not easily noticeable to you yourself. It is often first noticed by a partner or a friend.

So what is causing such a bad smell in your ears? The following are the most common causes:

Earwax that is normally found in their ear canals can have a strange smell. It consists of oils produced by the ear canal, dead skin cells and trapped dust and dirt. It can even contain small insects!

Normal earwax, due to its composition, may smell slightly but certainly not bad enough to be noticed. However, if your ears produce excessive amounts of earwax a foul smell may be noticed. In these instances, it may be useful to use ear drops to soften the wax.

Ear syringing is often used to clear the canal of excessive wax. Do not attempt the remove the wax with cotton buds or sharp objects – this often exacerbates the problem and may cause damage to the eardrum.

One of the most common causes of foul-smelling ears is an infection of either the external ear canal (otitis externa), or the middle ear (otitis media). With infections, smelly pus may be present. Depending on where the infection occurs, the discharge may be yellow to green in colour.

In the acute phase of both conditions there is usually significant pain. If the condition becomes chronic, the consistency, colour and amount of the discharge can change.

One should also be on the lookout for beauty and cleaning products (like shampoos and creams) that may cause a local allergic reaction, irritation and, eventually, infection in the ear canal or surrounding tissue.

When infections are the cause, you will most likely need antibiotics. In some cases your doctor will also take a swab to identify the organism causing the infection, which will help them to prescribe the correct antibiotic.

Foreign objects in the ear

Doctors have found strange things in people’s ears. Children like to put small objects in their ears – a small toy, organic material like peas, or even pieces of sponge. Parents often don’t know about this, and only suspect something might be lodged in their child’s ear when a smell or discharge is noticed.

Watch this clip to see how a foreign body is removed from the ear:

Cholesteatoma is a serious, but treatable condition that affects the middle ear. Abnormal skin growth behind the eardrum causes skin cells to be shed. This may cause a build up behind the eardrum. If not treated, a build-up can cause destruction of the middle ear and surrounding bone, causing hearing loss. Previous middle ear infections can lead to cholesteatoma formation. A scanty bad-smelling discharge is usually present.

Treating possible infections is important. An ear, nose and throat (ENT) specialist will also do tests to evaluate the extent of the growth. Surgery is often needed to remove the growth to prevent complications like bone erosion and spreading infections that may cause meningitis, brain abscesses and hearing loss.

Watch this clip to learn more about Cholesteatoma:

Tumours and cancers of the ear

Cancers originating in the ear canal, middle ear, inner ear or surrounding bone and skin may cause breakdown of the skin due to necrosis and may also lead to secondary infections of ulcerated skin.
This may cause a foul-smelling discharge. Some people may also notice blood in the discharge.

Foul- smelling ear discharges should always be examined by your doctor to exclude infections, abnormal growths and foreign bodies.  If you or someone else can smell it, it should be looked at.

Tinnitus: why the ringing in your ears may be so hard to treat

We live in a world where facts and fiction get blurred
In times of uncertainty you need journalism you can trust. For 14 free days, you can have access to a world of in-depth analyses, investigative journalism, top opinions and a range of features. Journalism strengthens democracy. Invest in the future today. Thereafter you will be billed R75 per month. You can cancel anytime and if you cancel within 14 days you won't be billed.
Subscribe to News24
Related Links
Spot an ear infection early
'Swimmer's ear' best treated with eardrops
Next on Health24
Otosclerosis