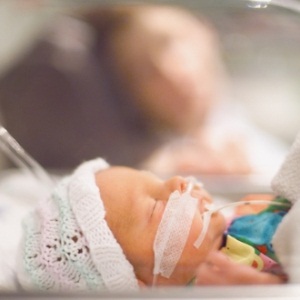 Babies born early or at low birth weight are at risk later in life of having smaller, less efficient brains or health problems that increase their risk for heart disease, according to a pair of new studies.

But even though these children face potential lifetime disadvantages, researchers in both studies - published online Sept. 1 in Paediatrics - found that these obstacles can be overcome.

Education appeared to negate the potential harmful effects of small birth size on a person's brain performance, while high blood pressure and high cholesterol can be modified through diet and exercise, the researchers said.

"These two papers both represent a deconstruction of the idea that your future is written in your genes," said Dr. Edward McCabe, chief medical officer of the March of Dimes. "The things that happen to us in utero (in the womb) or when we should be in utero appear to have an impact on the rest of our lives, but there are steps you can take to modify these outcomes."

The first study, led by the U.S. National Institute on Ageing, used data on over 1,200 babies born in Iceland to track their brain development over 75 years. The research team had access to decades-old midwife records, which enabled them to compare birth weight and size to how the now-senior participants had fared.

Researchers found that babies born at a smaller birth size - an indication of impaired foetal growth during the third trimester - tended to have smaller brains late in life, said senior author Lenore Launer, a senior investigator at the U.S. National Institute on Ageing.

Many of those born prematurely tended to think more slowly as older adults and were less able to effectively make plans, stay organized and manage their time, the study authors said.

However, these deficits in brain performance only held true for people who received less education early in their lives, the investigators found. People with more education performed well on brain function tests, even if their brains were physically smaller.

"The key thing is to keep stimulating people educationally, no matter what their level of function appears to be," McCabe said. "That's a clear message for us as a society."

The findings also support the "use it or lose it" theory of dementia, in which people are encouraged to exercise their brains to ward off mental atrophy later in life, Launer said.

"Even though dementia occurs in late age, it's a lifelong process," she said. "Modifications during your lifetime could definitely alter your trajectory toward dementia."

In the second study, researchers in Finland found that 16-year-olds who had been born prematurely have risk factors that could contribute to heart disease later in life.

Specifically, girls born prematurely were two and a half times more likely to have high blood pressure than girls born at term (at 37 weeks or later).

The study involved over 6,600 teens, about 5 percent of whom had been born pre-term.

McCabe said he found it "interesting and important" that premature birth appeared to have different effects on boys and girls.

"You need to measure both, but you really need to focus on the blood pressure in young women and the blood cholesterol in young men," he said.

But McCabe and the Finnish researchers noted that a healthy lifestyle can help overcome these risk factors, even in kids whose birth circumstances put them at greater risk.

"The modification is exercise," he said. "We know that exercise improves blood pressure control, and it improves our blood cholesterol levels."

See breaking news and the hottest health tips before anybody else by joining South Africa’s biggest and best health community, like health24 on Facebook now!
We live in a world where facts and fiction get blurred
In times of uncertainty you need journalism you can trust. For 14 free days, you can have access to a world of in-depth analyses, investigative journalism, top opinions and a range of features. Journalism strengthens democracy. Invest in the future today. Thereafter you will be billed R75 per month. You can cancel anytime and if you cancel within 14 days you won't be billed.
Subscribe to News24
Next on Health24
Rheumatic heart disease: the forgotten killer