Red meat and eggs risky for people with narrowed arteries 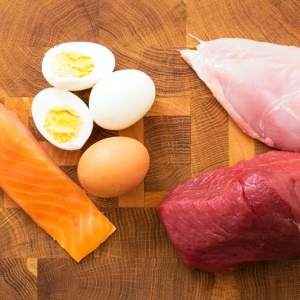 People with peripheral artery disease – a narrowing of the arteries in the legs and elsewhere – who eat a lot of red meat and eggs may have increased odds of dying early, a new study suggests.

That's because of a digestive byproduct produced by gut bacteria that breaks down eggs, red meat and other meat products found in the traditional Western diet, the researchers said. The byproduct is called trimethylamine N-oxide (TMAO), and the study found that people with peripheral artery disease who also have high levels of TMAO had a nearly three times higher risk of dying within five years, compared with those with the lowest levels.

"These findings point to the potential for TMAO to help identify high-risk patients who likely need more aggressive and specific dietary and pharmacologic therapy," said lead researcher Dr W.H. Wilson Tang, a professor in medicine at the Cleveland Clinic.

Although these findings don't prove that high TMAO levels cause deaths, they do show an association, he added.

"Vegetarians or vegans or those who eat a Mediterranean diet, however, have lower TMAO levels," Tang noted. So for those with high levels of TMAO, "more aggressive dietary counselling is warranted," he said.

About 8.5 million Americans have peripheral artery disease, which happens as fat and other substances build up in the arteries of the legs, arms, head or abdomen, restricting or blocking blood flow, according to the American Heart Association (AHA).

Legs are most often affected, the AHA said. Common symptoms include pain or cramping during walking or other movement that disappear with rest, but some people have no symptoms at all.

For the study, Tang and his colleagues studied the relationship between peripheral artery disease and TMAO in more than 800 men and women seen at the Cleveland Clinic. The average age of the study volunteers was 66 years.

All were screened for peripheral artery disease and levels of TMAO. The study participants' health was then followed for five years between 2001 and 2007.

Dr Robert Eckel, a spokesman for the American Heart Association, said, "This is another example of how what we eat affects our lives."

Eckel has worked with the AHA to identify a diet that's healthy, and it happens to be one that ends up producing low levels of TMAO.

"We've identified a heart-healthy diet. The idea is to consume a diet based on fruits and vegetables, whole grains, low-fat dairy, poultry, fish and legumes, while limiting red meat and fat," said Eckel, who's also a professor of medicine at the University of Colorado in Aurora.

The AHA has noted that peripheral artery disease can also often be treated with lifestyle changes, such as stopping smoking, increasing exercise, losing weight, and controlling high blood pressure, cholesterol and sugar.

Too much red meat may shorten your life

We live in a world where facts and fiction get blurred
In times of uncertainty you need journalism you can trust. For only R75 per month, you have access to a world of in-depth analyses, investigative journalism, top opinions and a range of features. Journalism strengthens democracy. Invest in the future today.
Subscribe to News24
Related Links
Statins might protect people with narrowed leg arteries
Teens who eat lots and lots of fruit may be healthier adults
Definition of atherosclerosis
Next on Health24
Heart failure risk significantly increased by chips and fizzy drinks