Love coffee? Your heart may too 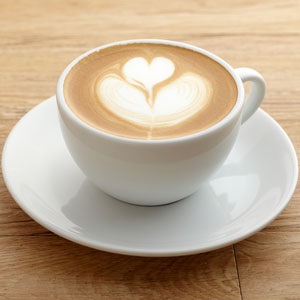 Drinking three to five cups of coffee a day may reduce the risk of developing clogged arteries, which in turn might reduce the risk for heart attack, a new study suggests.

"We found that drinking three to five cups a day was associated with less calcium build-up in the arteries," said researcher Dr. Eliseo Guallar, a professor from the department of epidemiology and medicine at Johns Hopkins Bloomberg School of Public Health in Baltimore.

Calcium build-up is an early sign of hardening of the arteries and the risk for heart disease, he explained.

Guallar said that this study cannot show a direct cause-and-effect relationship between coffee and reduced calcium in the arteries, but noted that the association between these factors is very strong.

Although the reasons for this association are not known, Guallar said, researchers speculated that coffee may reduce the risk for type 2 diabetes, a risk factor for hardening of the arteries.

Guallar doesn't go so far as to recommend that people start drinking coffee just to prevent heart disease. But he did note, "People should not be concerned about coffee intake. This is a habit that is not harmful to the heart."

The report was published online in the journal Heart.

Dr. Gregg Fonarow, a professor of cardiology at the University of California, Los Angeles, said, "Multiple studies have shown that coffee consumption is associated with lower risk of heart attacks and strokes, with lowest risk with three to five cups of coffee a day."

In fact, the 2015 Dietary Guidelines Advisory Committee recently released a report saying that the health risks associated with drinking that much coffee are minimal, and having as many as five cups of coffee each day is linked to several health benefits, including a reduced risk of type 2 diabetes, Fonarow said.

For the study, Guallar's team collected data on more than 25,000 men and women living in South Korea. Their average age was 41. None had signs of heart disease. During a yearly health exam, the participants were asked about what they ate and drank. They all had CT scans to determine how much calcium had built up in their heart arteries.

They also took into account factors such as education, level of physical activity level, family history of heart disease and dietary consumption of fruits, vegetables, red meat and processed meats, according to the study.

Read: The science of heartbreak

The study did not differentiate between regular and decaf coffee, though the authors noted that decaf is not popular among Korean coffee drinkers.

"But this is not all about the caffeine," she said. Coffee contains more than 1,000 chemicals, including antioxidants that may be contributing to the health benefits. However, coffee may increase LDL cholesterol, affect pregnancy outcomes and increase anxiety and blood pressure, Heller said.

"If you do not drink coffee, there is no reason to start drinking it," she said.

"If you do, the sweet spot seems to be in the three- to five-cup range – these are 8-ounce cups, not the 32-ounce jugs of coffee we are used to seeing," Heller said.

And what you put in the coffee makes a difference, she said. "Whipped cream, syrups, coffee creamers with partially hydrogenated oils, cream, artificial sweeteners or too much sugar can knock the health benefits of the coffee bean out the window. So enjoy your java, but limit the add-ins," Heller advised.

Image: Cup of coffee with heart pattern from Shutterstock

We live in a world where facts and fiction get blurred
In times of uncertainty you need journalism you can trust. For 14 free days, you can have access to a world of in-depth analyses, investigative journalism, top opinions and a range of features. Journalism strengthens democracy. Invest in the future today. Thereafter you will be billed R75 per month. You can cancel anytime and if you cancel within 14 days you won't be billed.
Subscribe to News24
Next on Health24
Man's 'heart attack' caused by a battery - which he swallowed intentionally