Doctor makes lifesaving house call in his own home 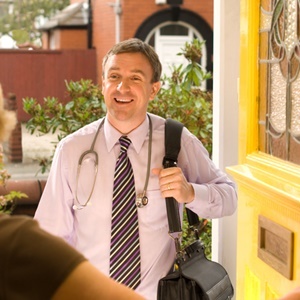 What was meant to be a relaxing Saturday night turned into a life or death situation.

Stephanie and Matt Austin went to a Philadelphia Phillies game one Saturday night, then headed to their new beach house, wanting to sleep late the next morning.

Those plans were ruined by a 6 a.m. phone call for Matt, an orthopaedic surgeon. Worse yet, it wasn't even much of an emergency, just a routine question from a younger doctor.

Yet as he dealt with that, he noticed Stephanie making strange sounds. He called her name and she didn't answer.

He rolled her over and her face was blue. Her pupils were fixed and dilated. She was in cardiac arrest.

Matt dialled 911 and started CPR, which he learned in high school as a lifeguard, as did Stephanie. Paramedics arrived on a fire truck and Matt had to temporarily stop his CPR efforts to run down two flights of stairs and let them in the house. As they started to take Stephanie out of the house, Matt shouted, "Pulse?" "No pulse," came the reply.

The commotion woke their sons, four year old James and seven year old Alec. James saw the fire truck and feared that his mom was on fire. Alec had a slightly better grasp on what was happening and was understandably frightened.

"Mom's sick," Matt told the boys. "She's in the hospital and we're going to take good care of her."

Stephanie was 35 and extremely active; between soccer, Frisbee, tennis and weight lifting, she was exercising nearly every day. Yet four months earlier, she was diagnosed with cardiomyopathy, a disease marked by the heart being enlarged. This can weaken the heart, making it less able to pump blood throughout the body, which in turn makes it difficult to maintain a normal electrical rhythm.

Considering her age and overall fitness, doctors were only monitoring her condition. On this night in July 2008, it flared in a big way.

A misfiring of that electrical rhythm triggered the cardiac arrest, which is essentially an outage of the heart's power. Each year, more than 350 000 Americans suffer cardiac arrest outside a hospital; about 90% die. Stephanie was fortunate that Matt noticed right away and knew how to respond. 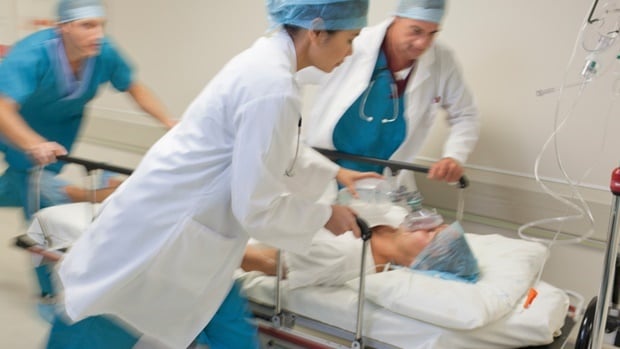 Once she was revived, doctors determined she was in heart failure, meaning her heart wasn't strong enough to efficiently pump blood to the rest of her body. Stephanie's "ejection fraction", basically the measurement of the heart's pumping power, was in the single digits, far below the 50% to 70% where it should have been.

Doctors were concerned enough about her prognosis that they asked Matt to bring her living will to the hospital.

The worst was over, though. Stephanie received a pacemaker and defibrillator to constantly monitor and stabilise her heart's rhythm. Two weeks later, she was back home.

"Out of the whole 12 or 13 days, I only remember about 30 seconds," Stephanie said. "My memory is a definite problem. It's much harder for me to multitask and not drop a ball." Or kick one. Stephanie had to stop playing soccer as well as singles tennis because they put too much stress on her heart; doubles is less strenuous, so that's allowed.

Stephanie admits she's uber-competitive and she's redirected that energy into helping save lives.

In addition to joining the American Heart Association's Southeastern Pennsylvania Board of Directors and being involved in Go Red For Women, she has urged her city and state to support CPR training.

Stephanie is among those urging state legislators to make Hands-Only CPR training a requirement for high school graduation. Bills are working their way through the Pennsylvania Senate and House of Representatives. Meanwhile, after Stephanie spoke to the nurse at her children's school, CPR is now part of the curriculum for ninth-graders; Alec further spread the word by teaching CPR as a community service project as part of preparations for his bar mitzvah.

"I have a very supportive group of friends and husband and children," she said. "They've all given me the time to figure things out. But I'm only 45 and not old by any means. It's been quite a ride... but I certainly gained perspective that I wouldn't have been able to convey to people before this."

We live in a world where facts and fiction get blurred
In times of uncertainty you need journalism you can trust. For 14 free days, you can have access to a world of in-depth analyses, investigative journalism, top opinions and a range of features. Journalism strengthens democracy. Invest in the future today. Thereafter you will be billed R75 per month. You can cancel anytime and if you cancel within 14 days you won't be billed.
Subscribe to News24
Related Links
Here's another reason to follow the Mediterranean diet
37-year-old survives heart attack on the way to her wedding
Cape Town woman receives benchmark pacemaker
Next on Health24
Man's 'heart attack' caused by a battery - which he swallowed intentionally