Illegal amphetamines can devastate the heart 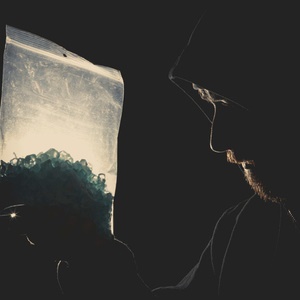 Using illegal amphetamine drugs such as "speed" and "ice" may lead to premature ageing of the arteries and heart, researchers warn. They said their new study adds to evidence about the need to tackle the "global stimulant epidemic".

Damage may not be reversible

The investigators were led by Stuart Reece, a clinical associate professor at the University of Western Australia. They assessed arterial stiffening in more than 700 Australians in their 30s and 40s. Arteries tend to harden with age.

Those participants who used illegal amphetamines showed greater ageing of the arteries than others, including those who smoked tobacco or used the heroin substitute methadone, the study reported.

The link between illegal amphetamine use and greater ageing of the arteries was seen in men and women. It was also independent of other risk factors for heart disease and stroke, Reece and his colleagues said.

It's not clear if this damage is reversible, the researchers noted.

The study was published in the online journal Heart Asia.

According to the WHO, around 15% of South Africans abuse drugs, making the country one of the world's largest abusers of drugs. The nine most popular drugs used in South Africa (in no particular order) are: cocaine, crack, crystal methamphetamine, "tik", ecstasy, heroin, mandrax, cannabis and LSD.

Violent crime in the Western Cape has increased enormously and is attributed to the dramatic rise in the use of tik.

Superintendent Casper Venter of the SAPS forensic laboratories told Health24, "Tik changes the brain chemistry and numbs the moral reaction of users. Killing or raping someone is nothing to them.''

Tik acts as a stimulant through exhausting the brain's dopamine supply. However, this is extremely worrying.

A tik addict loses up to half his dopamine supply every two years, compared with the 5-10% every 10 years for the average person. Dopamine helps to regulate coordinated movement and as soon as its levels drop by 15%, the victim develops Parkinson's disease, characterised by head and hand tremors.

In the Western Cape there are already young tik users who have Parkinson's. Psychiatrists are also worried about the increase in cases of schizophrenia and psychosis among tik users. It seems as if tik damages the human brain to such an extent that users start acting like extremely aggressive psychopaths.

Amphetamines are stimulants that can cause heart effects such as elevated heart rate and blood pressure, and increased risk of heart attack, stroke and aneurysm rupture, the researchers said.

The study didn't establish a direct cause-and-effect relationship or provide information on dosage.

Still, the findings suggest that "recurrent habitual amphetamine abuse ages the cardiovasculature, and likely the whole organism generally", the researchers said in a journal news release.

"It is therefore conceivable that stimulant abusers do physiological and cardiovascular harm," they added.

Increase in use of illegal drugs

We live in a world where facts and fiction get blurred
In times of uncertainty you need journalism you can trust. For 14 free days, you can have access to a world of in-depth analyses, investigative journalism, top opinions and a range of features. Journalism strengthens democracy. Invest in the future today. Thereafter you will be billed R75 per month. You can cancel anytime and if you cancel within 14 days you won't be billed.
Subscribe to News24
Related Links
Painkiller misuse in US doubles in decade
Alarm over cough syrup drug abuse among Cape Town learners
Alcohol the most dangerous drug for kids
Next on Health24
Man's 'heart attack' caused by a battery - which he swallowed intentionally