Just a little weightlifting can help your heart 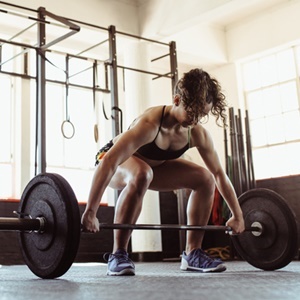 An hour or less of weightlifting each week might significantly cut your risk of heart attack or stroke, new research suggests.

Evaluating nearly 12 600 adults over more than a decade, scientists found that small amounts of resistance exercise weekly were linked to between 40% and 70% fewer cardiovascular events.

"Strength training is not just to make yourself look good to be shirtless on the beach," said Dr Alon Gitig, a cardiologist at Mount Sinai Riverside Medical Group in Yonkers, New York.

"It has definite health benefits... and seems to directly impact on cardiovascular health," added Gitig, who wasn't involved in the study.

Weightlifting uses muscle resistance to strengthen and build muscles. Other types of resistance exercise include push-ups, sit-ups or lunges.

Study author Duck-chul Lee said, "Traditionally, weightlifting was for athletes, and that's why I think there is less evidence on its health benefits, specifically for the heart." Lee is an associate professor of kinesiology at Iowa State University.

"People know that running or cardio exercise is good for the cardiovascular system, but there are benefits of weightlifting on the heart that were not [previously] well-studied," Lee added.

In research published separately, Lee and his colleagues found that less than an hour of weightlifting per week also reduced the risk for high cholesterol and metabolic syndrome, a cluster of conditions linked to diabetes. Those reports are in the journal Mayo Clinic Proceedings.

For the heart and stroke study, the researchers studied nearly 12 600 participants (average age 47) who had undergone at least two clinical examinations between 1987 and 2006. The participants self-reported their levels of resistance exercise, and follow-ups were done about five and 10 years later.

The results indicated that the benefits of resistance exercise on heart and stroke risk were independent of aerobic exercise such as walking or running, Lee said.

Compared with participants who did no resistance exercise, those who took part from one to three times and up to 59 minutes in all each week experienced a risk reduction of up to 70%.

The study didn't prove that weightlifting prevents heart attack or stroke, only that an association exists, however.

"We found benefits of resistance exercise without body mass index [changes]," Lee added. "It means that even though you don't lose weight, you can still get benefits for the heart. People believe the benefits of exercise are from losing weight, but that's not true."

Gitig, however, expressed caution about the findings. He said the cardiovascular benefits "seem to be a lot higher than we would expect from strength training".

In addition, Gitig noted that most participants were male and white, coming voluntarily to the clinic where the study was held. "The question is if confounding variables made these people healthier to begin with," he said.

Still, Gitig said he wasn't as surprised by learning about the cardiovascular benefits linked to weightlifting as he might have been five or 10 years ago.

He and Lee agreed that easing into a weightlifting routine should be safe for anyone who's healthy overall and doesn't have symptoms of cardiovascular or kidney disease. If you do, check with your doctor first, they said.

"I would counsel my patients that [the research] is very eye-opening and suggests that strength exercise is definitely a good thing overall and may have more powerful benefits than previously thought," said Gitig, also an assistant professor of medicine at Icahn School of Medicine at Mount Sinai in New York City.

And what if you don't have access to free weights or weight-training machines? Digging in the yard and lugging heavy shopping bags provide strength-training benefits, too, Lee noted.

The study was published online in the journal Medicine & Science in Sports & Exercise.

We live in a world where facts and fiction get blurred
In times of uncertainty you need journalism you can trust. For only R75 per month, you have access to a world of in-depth analyses, investigative journalism, top opinions and a range of features. Journalism strengthens democracy. Invest in the future today.
Subscribe to News24
Related Links
Exercise after heart attack may improve survival
4 backyard items you can use as weights for workouts
The 15-minute workout you can do in your lunch break
Next on Health24
OPINION | The spooky and dangerous side of black liquorice