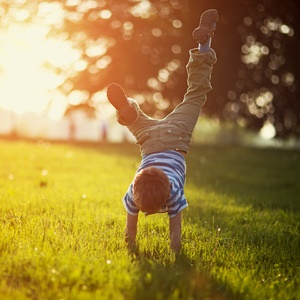 Living in a neighbourhood with lots of greenery just might protect your heart.

"Our study shows that living in a neighbourhood dense with trees, bushes and other green vegetation may be good for the health of your heart and blood vessels," said study author Aruni Bhatnagar, director of the University of Louisville's Diabetes and Obesity Center.

For the study, Bhatnagar and his colleagues looked at the effect of neighbourhood green space over five years among people who were seen at the University of Louisville's outpatient cardiology clinic.

Most of the participants were at risk for developing cardiovascular disease. During that time, the researchers collected blood and urine samples from 408 people of varying ages, ethnicities and socioeconomic levels.

They assessed these samples for markers of blood vessel injury and the risk for cardiovascular disease. They also measured the density of the green space and levels of air pollution where the participants lived.

The investigators also found lower levels of F2-isoprostane in the participants' urine, which indicates less oxidative stress and better health. The study also showed that folks from greener spaces had greater ability to repair blood vessels.

The association with epinephrine was greater among women, people who had not previously had a heart attack, and those not taking beta blockers, which are drugs that reduce blood pressure and the heart's workload.

The findings were independent of age, sex, ethnicity, smoking habits, economic conditions, use of statins and exposure to roads, the researchers said.

But the study did not prove that greenery caused heart risks to drop; it only observed an association.

"Indeed, increasing the amount of vegetation in a neighbourhood may be an unrecognised environmental influence on cardiovascular health and a potentially significant public health intervention," Bhatnagar said in a journal news release.

We live in a world where facts and fiction get blurred
In times of uncertainty you need journalism you can trust. For only R75 per month, you have access to a world of in-depth analyses, investigative journalism, top opinions and a range of features. Journalism strengthens democracy. Invest in the future today.
Subscribe to News24
Related Links
Daily aspirin not for all
Be grateful for warmer weather: Cold, windy days can strain the heart
Today's fast-paced world taking toll on too many hearts
Next on Health24
OPINION | The spooky and dangerous side of black liquorice