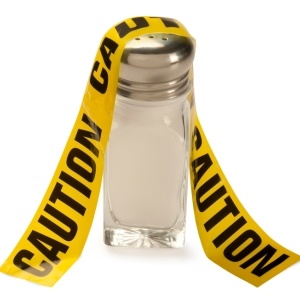 The new salt legislation that kicked in on 30 June 2016 will help South African consumers lower their salt intake.

But why is this necessary? Humans need salt to survive as our bodies require sodium to transmit nerve impulses, contract muscle fibres, and control fluid balance in our cells of the body – together with other electrolytes like potassium.

Sodium as such is however not the issue. It is the quantity of sodium we consume that causes health problems. Excess sodium intake sets off a complex cascade of physiological changes that can result in increased blood pressure. Over time, uncontrolled high blood pressure can damage blood vessels, which can lead to chronic diseases such as cardiovascular disease, kidney disease or even stroke.

Salt is the common name for sodium chloride, which consists of 40% sodium. Sodium is the mineral that plays an important role in nerve function and muscle contraction. It occurs naturally in almost all foods, but is most commonly found in table and cooking salt.

When blood pressure consistently exceeds a specific level, (140 over 90), it is referred to as hypertension. A person who suffers from hypertension has blood vessels that are subjected to excessive pressure, which can lead to hardening of the arteries and arterial damage.

Hypertension constricts the flow of blood to vital organs such as the brain, heart and kidneys, thereby increasing the risk of strokes, heart attacks or visual impairment. Excessive intake of sodium from salt further increases blood pressure, as sodium causes water retention, which increases fluid pressure in the blood vessels.

How to reduce your salt intake

We have come to rely too heavily on salty products for taste and flavour when cooking. Go back to basics and use fresh herbs, spices and other natural products to add flavour to your cooking. Great examples are fresh ginger, garlic, coriander, dried or fresh herbs, lemon juice or citrus zest, curry powder, cumin, nutmeg, tomato puree, and onion.

According to a 2015 Harvard Medical School report, the average person can't taste moderate changes in salt content (up to 25%). Fortunately food companies, prompted by the new legislation, have already made substantial cuts in sodium at the level of manufacture. Further salt legislation will kick in in 2019, which will reduce sodium levels even more – helping us to reduce our sodium intake without even noticing.

According to Salt Watch, South Africans eat too much salt. In fact, we consume twice as much as we should, totalling an average of 6–11 g per day. One of the biggest contributors to salt in the diet of South Africans is bread.

Read: Bread is killing you

Why not embrace other alternatives to bread in the diet to lower salt intake and increase the variety of whole grains in our diet, providing us with fibre and minerals as well as B vitamins. Examples of ways to cut down on bread are:

South Africans consume too much salt

Which foods have sodium?

We live in a world where facts and fiction get blurred
In times of uncertainty you need journalism you can trust. For only R75 per month, you have access to a world of in-depth analyses, investigative journalism, top opinions and a range of features. Journalism strengthens democracy. Invest in the future today.
Subscribe to News24
Related Links
Reduce salt to reduce your blood pressure!
Calculate your hidden salt
Say no to salt
Next on Health24
South Africans to eat less salt as new law kicks in