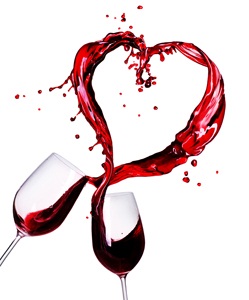 Drinking alcohol has been tied in the past to a higher risk of high blood pressure, but in a new analysis of past studies, researchers found that a drink or two a day seemed to protect even those with hypertension from heart disease and death.

People with high blood pressure who have never been drinkers shouldn't start now based on the evidence from studies like these, said senior author Qi-Qiang He of the School of Public Health/Global Health Institute at Wuhan University in China.

Observational studies only include data on what people do in their lives and what happens to them, and can't say for sure that one action, like drinking alcohol, causes a particular result.

The new meta-analysis combines the data from nine previous studies involving a total of nearly 400,000 people with high blood pressure. In all of the studies, alcohol consumption, including wine, beer and spirits, was recorded, as were cases of heart disease, stroke, heart failure and death from any cause.

In the U.S., a five-ounce glass of wine, a 12-ounce bottle of beer and a 1.5-ounce shot of liquor each contain about 14 grams of alcohol.

Overall, He's team found that cardiovascular disease, heart attacks, strokes and other risks went down as alcohol consumption went up, according to the results published in Mayo Clinic Proceedings.

This study included relatively few heavy drinkers, and other studies have found that the heart risk decline disappears for very heavy drinkers or binge drinkers, the authors caution.

"This was firstly found true in people with normal blood pressure," He told Reuters Health by email.

In the general population, some studies suggest that alcohol consumption might enhance heart rate variability or keep plaque from building up inside arteries, but the mechanism is still not clear, He said.

If anything, beneficial effects of alcohol should be even more pronounced for people without high blood pressure, said Dr. Franz H. Messerli a cardiology expert at the Icahn School of Medicine at Mount Sinai in New York.

"One to 2 drinks daily is said to be the goldilocks amount of alcohol," Messerli told Reuters Health by email.

But even these small amounts of alcohol have been associated with an increased risk for high blood pressure, he said.

"We don't know whether moderate drinking is truly cardioprotective or if it is merely a marker of a healthy lifestyle," Messerli said.

Moderate alcohol drinkers also tend to be part of the healthiest subset of the social landscape, he said.

Messerli agreed that the study results should not be taken as encouragement for non-drinkers to take up drinking.

Suggesting that people start having a few drinks here and there to reduce their risk of various heart problems may actually lead to binge drinking which increases the risk of stroke, Messerli said.

Read more:
How would you know if you had hypertension?
Black people more prone to hypertension
High blood pressure may affect colour vision

We live in a world where facts and fiction get blurred
In times of uncertainty you need journalism you can trust. For 14 free days, you can have access to a world of in-depth analyses, investigative journalism, top opinions and a range of features. Journalism strengthens democracy. Invest in the future today. Thereafter you will be billed R75 per month. You can cancel anytime and if you cancel within 14 days you won't be billed.
Subscribe to News24
Related Links
Hypertension: test your knowledge
Hypertension and your eyes
High alcohol consumption increases hypertension risk
Next on Health24
Hypertension, the ‘silent killer’: Top tips to help you get an accurate blood pressure reading