Why does my tummy feel funny when I have my period? 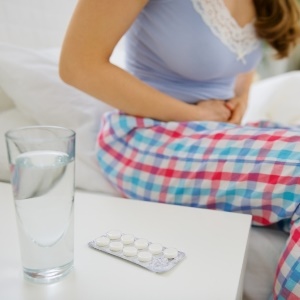 Most women experience some form of discomfort before, during and after their monthly menstruation, which, while unpleasant, is not abnormal.

If however your symptoms include diarrhoea, excessive gas, constipation and other digestive disturbances, you may be suffering from Irritable Bowel Syndrome (IBS) – a digestive condition which often becomes worse during a woman’s monthly period.

According to Dr Estelle Wilken, a Gastroenterologist at Tygerberg Hospital in Cape Town, the reason behind increased digestive disturbances during one’s period, if one has IBS, is organ hypersensitivity, meaning that women with IBS are far more sensitive to any disturbances than women without it.

She explains that most women experience common digestive disturbances before and/or during menstruation which includes bloating, abdominal discomfort and a change in stool frequency and consistency.

This is because after ovulation, the progesterone levels increase, and this is associated with constipation and bloating up to a day before menstruation starts.

The progesterone prolongs stomach emptying and the transit time of the bowel contents, and this aggravates the bloating and constipation. And once menstruation begins, most women, with or without IBS, experience light diarrhoea.

However, for IBS sufferers, all these symptoms are amplified because the very nature of IBS is visceral hypersensitivity, which means that normal physiological events might be experienced as painful.

“Women with severe discomfort during the menstrual cycle do not have more or higher hormone levels; they are just more sensitive to any painful stimuli. IBS sufferers also have more water retention and concentration difficulties.  We do not know what the reasons behind this are,” she adds.

Unfortunately for women, it appears that female hormones do play a role in IBS, and Dr Wilkins confirms that more women than men suffer from this syndrome.

One study in which researchers looked at gender-related differences in IBS prevalence proved this point, with researchers concluding that “functional gastrointestinal disorders are more common in women in relation to the fluctuations of female sex hormones”.

The study looked at 253 women before menopause and 252 men below age 50 and after blood tests, endoscopic procedures, and imaging studies were done, they found that IBS was definitely "more frequently noticed in women than in men".

Dr Wilken adds that in her experience women who have suffered severe trauma earlier in their lives are more prone to IBS and the hormonal changes than others, a fact incidentally also found in other chronic painful diseases such as rheumatoid arthritis. “The reason for this is not clear, but it might be that the perception for pain is altered in the brain.”

Coping with IBS and period pain

Just as there are no two women alike, Dr Wilken says there is no simple answer to how the pain can be relieved, mostly because we do not know what starts it.

“Many women are better after hysterectomies, and when they go into their menopause. Some people respond to changes in their diet, some to antibiotics. There is in fact a new one available that is not systemically absorbed, that seems to have excellent long term results. Some respond to antispasmodics and others to drugs that promote motility.”

However, since IBS is a digestive condition, diet does play a role and Dr Wilkens says that diets which have shown to have the best results are the FODMAP diet, the Coeliac diet or the "low gas" diet, which excludes fatty foods, gas forming vegetables such as onions, cabbage family, dried beans, peas, lentils and soy, citrus, avocado pears, instant soups and sauces, visible fibre in cereals, oats, coconut and the yeast in bread, yogurt, beer etc.

She also recommends peppermint oil for some patients, as well as ginger, which can encourage motility in a natural way.

“While this isn’t a dangerous condition, if you experience symptoms that suggest IBS for the first time after the age of 35, you should speak to your doctor to rule out other causes.”

Irritable Bowel Syndrome Is More Common in Women Regardless of the Menstrual Phase: http://www.ncbi.nlm.nih.gov/pmc/articles/PMC2693852/
We live in a world where facts and fiction get blurred
In times of uncertainty you need journalism you can trust. For only R75 per month, you have access to a world of in-depth analyses, investigative journalism, top opinions and a range of features. Journalism strengthens democracy. Invest in the future today.
Subscribe to News24
Next on Health24
SA's big stink - schools with no flushing toilets