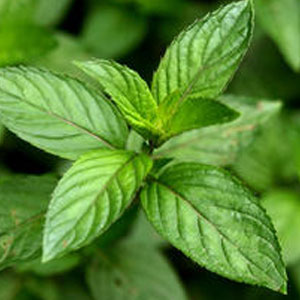 According to researchers, these simple treatments have fallen out of favour because of the availability of newer (and more expensive) drugs, some of which have been taken off the market due to safety concerns.

But more traditional therapies should become first-line treatments in guidelines for the treatment of irritable bowel syndrome (IBS), the experts say.

"New drugs are always being developed, but recent ones such as alosetron and tegaserod have been withdrawn, and are now only available on a restricted basis, and renzapride has not been shown to be effective," he said. On the other hand "older drugs, which are cheap, safe, and in some cases available over the counter, appear to be effective in IBS."

The report is published in an edition of the BMJ.

As many as 45 million Americans may have IBS, the International Foundation for Functional Gastrointestinal Disorders reports. Between 60% and 65% of IBS sufferers are women.

Uncomfortable for sufferers
In addition to pain and discomfort, people with IBS experience chronic or recurrent constipation or diarrhoea - or bouts of both. While the exact cause of the condition isn't known, symptoms seem to result from a disturbance in the interaction of the gut, brain and nervous system, according to the foundation.

For the study, Ford's team reviewed trials that compared IBS treatment with fibre antispasmodics and peppermint oil to a placebo or no treatment. The trials included more than 2 500 IBS patients.

The researchers found that fibre, antispasmodics and peppermint oil were effective treatments for IBS. Specifically, that meant that to prevent IBS symptoms in one patient, 11 needed to be treated with fibre, five with antispasmodics, and 2.5 with peppermint oil.

There were no serious side effects associated with any of these treatments, the researchers note.

Peppermint oil appeared to be the most effective therapy of those reviewed, the researchers found.

Use as first-line therapy
In trials comparing fibre with placebo, insoluble fibre such as bran was not effective. Instead, only soluble fibre, such as ispaghula husk, reduced symptoms. For antispasmodics, the most effective was hyoscine. This should be used first among antispasmodics, Ford's group advised.

"Physicians, particularly those in primary care, who are being asked to take increasing responsibility for the management of IBS, should consider the use of these agents as first-line therapies for IBS," Ford said.

"These treatments might be slightly more effective than recently thought and they are worth trying," Jones said.

For some patients with pain and diarrhoea the antispasmodics may be useful. Patients with constipation should try fibre and for other patients, peppermint oil may be helpful, Jones said.

Treatments available over counter
"If you have IBS which is not under reasonably good control, or you are not happy with your symptom profile, you should see your primary-care doc or gastroenterologist for review and perhaps remind them that there is new evidence about the effectiveness of these traditional medicines and you would like to give it a go," Jones said.

"Alternatively, if you feel sufficiently well-informed and confident, you can go do it yourself and get these treatments at the pharmacy," Jones added. - (Steven Reinberg/HealthDay News)

We live in a world where facts and fiction get blurred
In times of uncertainty you need journalism you can trust. For only R75 per month, you have access to a world of in-depth analyses, investigative journalism, top opinions and a range of features. Journalism strengthens democracy. Invest in the future today.
Subscribe to News24
Next on Health24
SEE: How to help your child cope with IBS