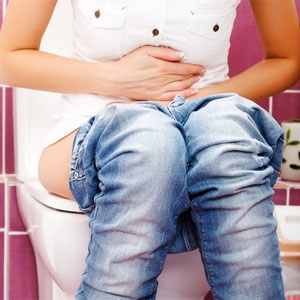 As many as one in five adult women may suffer from loss of bowel control, according to a new study from Australia.

Bladder problems were also common in women who reported poor bowel control, known as faecal incontinence. Overall, the chance of being incontinent generally increased with age.

Estimates of how many people have incontinence vary greatly, possibly in part because people who have it might be embarrassed and reluctant to talk about the condition. Some evidence suggests that changes in the body due to aging or childbirth may increase a person's chance of having faecal incontinence.

"What was important about this study is that we don't have a lot of information about this issue in healthy individuals living in the community," Dr Susan Davis, one of the study's authors from Monash University in Melbourne, Australia, told.

To try to fill in some of that missing information, Davis and her colleagues distributed questionnaires to 442 women between the ages of 26 and 82. Women answered a range of questions about their health and behavioural habits, including some related to symptoms of urinary and faecal incontinence.

Both kinds of faecal incontinence were generally more common in older women. For example, about 1 in 3 women ages 65 to 74 reported incontinence, compared to about 1 in 7 of those aged 45 to 54.

Women who suffered from loose faecal incontinence were more likely to also have leaking bladders, compared to women who didn't report any faecal incontinence. That's probably because the same kind of nerves and tissues that would affect both kinds of incontinence, Davis said. The link remained when researchers took into account the age and weight of women.

Whether or not a woman had given birth did not affect her chances of being incontinent.

Previous research, in various types of people, have generally found lower rates of incontinence - between 2 and 17 of every 100 study participants, the authors report. Davis and her colleagues believe their method of measuring the prevalence of faecal incontinence through a questionnaire may be more accurate than face to face or telephone interviews, which may make women more embarrassed about telling researchers they are incontinent.

Dr Emily Lukacz, who studies incontinence at the University of California, San Diego, said that although the estimate that 20 of every 100 women have faecal incontinence is on the high end, it's not outside of a realistic range. But faecal incontinence is not something many people talk about. "Unfortunately, I think a lot of the lack of awareness of this probably comes from embarrassment," Lukacz, who was not involved in the study, told.

The findings show that many women with faecal incontinence may be suffering unnecessarily, Davis said. Doctors could make a difference by asking their patients with urinary incontinence if they also have symptoms of faecal incontinence, she said. And women, even if they are embarrassed, shouldn't keep the condition to themselves. In some cases, it may take only a small lifestyle change - such as eating more fibre - to solve the problem, Davis said.

Lukacz agreed. "There are a lot of behavioural things and dietary things and exercises (that) improve faecal incontinence just as well as some of the surgical procedures," she said. The most important message for people with faecal incontinence, she added, is "that they don't have to live with it."

"It is important that if women are bothered by this they should speak to their doctor," Davis said, "because it could be something that's very simple to sort out."(Reuters Health/ March 2011)

We live in a world where facts and fiction get blurred
In times of uncertainty you need journalism you can trust. For only R75 per month, you have access to a world of in-depth analyses, investigative journalism, top opinions and a range of features. Journalism strengthens democracy. Invest in the future today.
Subscribe to News24
Next on Health24
Mothers underestimate how useful Kegel exercises are for incontinence during and after childbirth