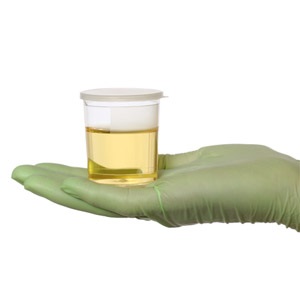 Though it's commonly believed that urine is bacteria-free, normal urine is not sterile, a new study finds.

Bacteria in urine linked to infections

"Clinicians previously equated the presence of bacteria in urine to infections. The discovery of bacteria in the urine of healthy females provides an opportunity to advance our understanding of bladder health and disease," study author Alan Wolfe, a professor in the department of microbiology and immunology at the Loyola University Chicago Stritch School of Medicine, said in a university news release.

Instead of collecting urine samples from a woman's urine stream, the researchers used catheters to collect urine directly from the bladder.

Testing this way revealed that bacteria were present in urine taken from the bladders of healthy women. The researchers also found that some of those bacteria may contribute to urinary leakage or a loss of bladder control (incontinence).

Additionally, the study found that some types of bacteria are more common in women with urinary incontinence.

"While traditional urine cultures have been the gold standard to identify urine disorders in the past, they do not detect most bacteria and have limited utility as a result. They are not as comprehensive as the testing techniques used in this study," Wolfe explained.

"Physicians and researchers must reassess their assumptions surrounding the cause of lower urinary tract disorders and consider new approaches to prevent and treat these debilitating health issues," Wolfe said.

The study was recently published in the journal European Urology.

"If we can determine that select bacteria cause various lower urinary tract symptoms, we may be able to better identify those women at risk and more effectively treat them," study co-author Dr. Linda Brubaker, dean and chief diversity officer at the Loyola University Chicago Stritch School of Medicine, said in the news release.

The dangers of transvaginal mesh to repair stress urinary incontinence

We live in a world where facts and fiction get blurred
In times of uncertainty you need journalism you can trust. For only R75 per month, you have access to a world of in-depth analyses, investigative journalism, top opinions and a range of features. Journalism strengthens democracy. Invest in the future today.
Subscribe to News24
Next on Health24
Need to pee? Scientists may have found the gene for that