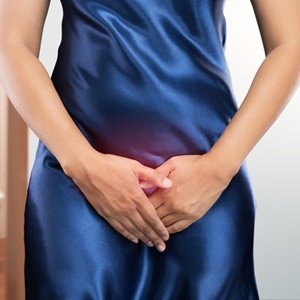 The following factors increase your risk of urinary incontinence (UI):

UI is more common in elderly people due to an increase in the prevalence of conditions that may contribute to it. These conditions include the following (easily remembered by means of the “DIAPERS” mnemonic):

Among elderly people living in nursing homes, as many as 50-84% have UI.

Almost all community-based studies show that more women suffer than men suffer from UI (a ratio of 2:1).

Pregnancy and childbirth seem to be the biggest independent risk factors for UI.

The reported prevalence of stress urinary incontinence (SUI), for example, shoots up from 7% before pregnancy to 31% during pregnancy. Among pregnant women, those who have had a vaginal delivery are at higher risk (especially for SUI) when compared to women who have had a caesarean section.

Added weight causes constant strain on and weakness of the pelvic floor muscles – the layer of muscles that cover the bottom part of the pelvis and which functions as a support to the bladder, the bowel and the womb in women, and the bladder and bowel in men.

Like pregnancy, obesity significantly increases your risk. If you’re obese, your risk for developing UI is three times higher than that of a person who has a normal weight.

Women who have had their wombs removed (hysterectomy) are at higher risk for weakening of the pelvic floor muscles. This puts them at increased risk for UI. UI is much more common in people who have a family history of the problem. In other words, if any of your parents and/or siblings suffer from UI, you’re at increased risk, too.

UI is more prevalent among people from European descent than in African people. However, this can partly be attributed to the lack of research and reporting among African populations.

Some prescription medication – for example, water tablets, antipsychotics and medication used in the treatment of Parkinson’s disease – can aggravate or contribute to UI.

A number of factors can increase your risk of incontinence. Unfortunately, certain risks are unavoidable.

Women are more prone to UI than men. The female urethra is short and the continence mechanism is less well developed than in men. The female bladder neck and urethra (the tube that leads from the bladder out of the body) also aren’t as well supported, and are subjected to the rigours of childbirth.

Detrusor (bladder muscle) instability is common in old age and can lead to urge incontinence. Menopause, in turn, causes atrophy (wasting away) of the vagina and urethra, which impairs the occlusive function of the urethra.

Elderly men are prone to benign prostatic hyperplasia (enlargement), which can lead to chronic retention and overflow incontinence.

Trauma, surgery or radiation to the pelvis can either damage the bladder or urethra directly, or can damage the nerves that control bladder function.

Tuberculosis of the urinary tract can lead to a small, contracted bladder incapable of storing adequate amounts of urine.
Almost any neurological disease can also affect the control of bladder function. Stroke, dementia and spinal-cord injury commonly lead to UI.

Just because people are too embarrassed to talk about FI doesn’t mean it isn’t common.

Almost 18 million US adults (about one in 12) have FI and, in Australia, this problem affects up to 20% of men and up to 12.9% of women. The problem though, is that people often keep it secret: only about 20% of people in the UK who have some form of FI tell their doctors about their symptoms.

Other factors that may increase your risk of faecal incontinence include:

How common is incontinence?

The exact prevalence of urinary incontinence (UI) in South Africa is unknown, but studies elsewhere show that UI affects about 8% of females and 3% of males worldwide.

It’s reported to be more common in the elderly and the obese, and the risk also increases with pregnancy and childbirth. Approximately 50-84% of elderly people in nursing homes suffer from UI.

It’s also understood that UI is more prevalent among Caucasian than among African people, but a study done among women residing in the Western Cape painted a different picture: the prevalence of UI was 17.2% among black women, 13.2% among white women, and 12.8% among Cape coloured women.

The prevalence of faecal incontinence (FI) is approximately 2-3% of the general population.

Both FI and UI are likely underreported. Many people are embarrassed by these problems and are therefore reluctant to report it to their doctors.

We live in a world where facts and fiction get blurred
In times of uncertainty you need journalism you can trust. For only R75 per month, you have access to a world of in-depth analyses, investigative journalism, top opinions and a range of features. Journalism strengthens democracy. Invest in the future today.
Subscribe to News24
Next on Health24
Preventing incontinence