Odds of hospitalisation, death with coronavirus rise steadily with age 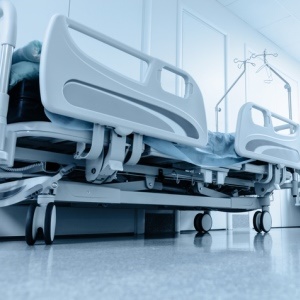 What do the odds look like if you're an older patient with coronavirus?

Once infected with the new coronavirus, a 20-something has about a 1% chance of illness so severe it requires hospitalisation, and that risk rises to more than 8% for people in their 50s and to nearly 19% for people over 80, a comprehensive new analysis finds.

On the other hand, the death rate from Covid-19 is significantly lower than that seen in prior estimates, the new report found. Among diagnosed cases, just under 1.4% of patients will die, according to a team led by Neil Ferguson, of the Imperial College London.

And when undiagnosed cases – typically individuals with mild or no symptoms – are added into the mix, the overall death rate from coronavirus infections drops further to 0.66%, the British researchers found.

That's still much higher than the 0.02% death rate observed during the H1N1 flu season of 2009, the investigators noted.

A person's odds for death after infection with the new coronavirus also rose with age. An estimated 0.031% of people in their 20s will die, the new analysis found, compared to 7.8% of people over 80.

The new report, based on data from almost 44 700 cases occurring in mainland China, was published on 30 March in The Lancet Infectious Diseases medical journal.

"Our estimates can be applied to any country to inform decisions around the best containment policies for Covid-19," said study co-author Azra Ghani, also from Imperial College London.

While the tragic deaths of young people from Covid-19 may get a lot of media play, she said, older patients are still in the most danger.

"Our analysis very clearly shows that at age 50 and over, hospitalisation is much more likely than in those under 50, and a greater proportion of cases are likely to be fatal," Ghani said in a journal news release.

Early on in the pandemic, the World Health Organization (WHO) issued a Covid-19 death rate of 3.4% – a relatively high death toll. But as the London researchers pointed out, that number was based on a tally that only included cases severe enough to have been brought to medical attention and diagnosed.

A piece of very good news

It's thought that many more cases are either mild or asymptomatic, or the person infected simply can't access a coronavirus infection test kit.

The new analysis of Chinese cases attempted to account for that discrepancy. Ferguson's group used data from situations such as outbreaks on cruise ships or people repatriated from Wuhan, where widespread testing was done. They then extrapolated those findings to the wider population, and also looked at death statistics from nearly 44 700 confirmed cases within China.

A subset of 3 665 Chinese cases was also used to calculate the percentage of infected patients who might go on to require hospital care.

One piece of very good news: Babies and young children are extremely unlikely to become critically ill or die in the pandemic. Out of more than 70 000 cases studied, there were no deaths to children under 10 and the hospitalisation rate for children aged 10 to 19 was 0.04%, the analysis found.

There was another statistical anomaly – people in their 50s made up the biggest age demographic among hospitalised patients, with 222 out of 790 hospitalised cases being aged 50 to 59.

But that doesn't mean that people in their 50s are necessarily at the highest risk.

Zero for kids under 10

Between 50% to 80% of people around the globe could be infected before the pandemic is over, the London researchers noted.

That's why countries must work now to prepare health systems for the onslaught, Dr Shigui Ruan, of the University of Miami, said in a commentary that accompanied the study.

"Estimates of case fatality ratios might vary slightly from country to country because of differences in prevention, control, and mitigation policies implemented, and because the case fatality ratio is substantially affected by the preparedness and availability of health care," Ruan wrote.

Access to prompt testing will be crucial, he added.

"Early studies have shown that delaying the detection of infected cases not only increases the probability of spreading the virus to others (most likely family members, colleagues, and friends) but also makes the infection worse in some cases, thereby increasing the case fatality ratio," Ruan added.

According to The New York Times, over 156 000 cases of Covid-19 had been confirmed across the United States by Monday afternoon, including nearly 2 900 deaths.

READ | Healthy living at home to ward off coronavirus

We live in a world where facts and fiction get blurred
In times of uncertainty you need journalism you can trust. For only R75 per month, you have access to a world of in-depth analyses, investigative journalism, top opinions and a range of features. Journalism strengthens democracy. Invest in the future today.
Subscribe to News24
Related Links
Coronavirus morning update: SA's third death, more lockdown arrests, and lessons in containment
Are livestock, poultry safe from coronavirus?
Three countries have kept coronavirus in check; here's how they did it
Next on Health24
Covid-19: Researchers warn effects on the brain cannot be ignored