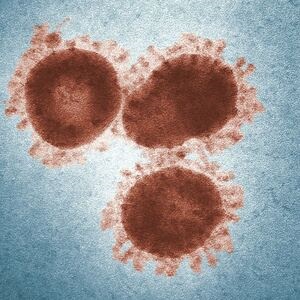 Could the SARS-Cov-2 have been brewing in humans for years, becoming so evolved that it caused a pandemic?

The repercussions of the new coronavirus are becoming more severe worldwide and scientists are working hard to understand exactly how this virus works and where it originated.

Even though experts don’t have all the answers yet, they now understand how the virus is structured and that it is zoonotic (spread from animals to humans). They know enough to put the conspiracy theory that it was designed in a lab to rest.

Has this coronavirus been around all along?

A new study suggests an interesting scenario, which is that the virus may have been circulating harmlessly in humans all along.

"It is possible that a progenitor of SARS-CoV-2 jumped into humans, acquiring [new genomic features] through adaptation during undetected human-to-human transmission," the research team wrote in the study, published in the journal Nature.

According to the researchers, seven prominent coronaviruses did the rounds over years and are known to infect humans and cause illness. Three of them – the SARS coronavirus from 2003 (SARS-CoV), the Middle East Respiratory Syndrome coronavirus (MERS-CoV) and the new coronavirus (SARS-CoV-2) – are known to cause severe respiratory symptoms and can be fatal, whereas HKU1, NL63, OC43 and 229E are associated with mild symptoms, similar to the common cold.

The research team used a comparative analysis of genomic data to discover more about the origin of the new coronavirus.

From the noticeable features named in the study, the researchers saw that the spikes of the virus were so successful binding to human cells, it had to be caused by natural selection – and could definitely not be a feature of a new lab-created virus.

Researchers have also posed the hypothesis that this natural selection must have occurred in humans over a period of time. Yes, it originated in an animal host, but the natural selection occurred after the virus was transferred from animal to human (even though scientists are still not 100% clear in which species the zoonotic virus originated).

According to Francis Collins, director of the National Institute of Health in the United States, the crossing from animal to human happened long before the virus became capable of making a human sick. Then, after years of gradual evolutionary changes, the virus gained the ability to spread from one human to another and cause severe illness.

What does this mean for further research?

Scientists are not yet sure if their hypotheses are correct, but the features of the virus bust all conspiracy theories about it being a man-made disease.

In the meantime, research is delving deeper into the structure and origin of the virus day by day, which could mean that a vaccine is in the pipeline.

But for now, medical experts worldwide are urging us to take the necessary precautions, including physical distancing and practising stringent hygiene such as regularly washing your hands.

READ | The coronavirus could be two viruses merged into one

READ | A brief history of the coronavirus family, including one pandemic we might have missed

We live in a world where facts and fiction get blurred
In times of uncertainty you need journalism you can trust. For only R75 per month, you have access to a world of in-depth analyses, investigative journalism, top opinions and a range of features. Journalism strengthens democracy. Invest in the future today.
Subscribe to News24
Related Links
More evidence that coronavirus survivors' blood could help very ill patients
Doctors warned against prescribing unproven medication for Covid-19
Could gene mutations explain coronavirus cases in the young?
Next on Health24
Amid concerns, fears over new Covid-19 virus variant - a reminder why vaccination is vital