The evolving science behind long Covid 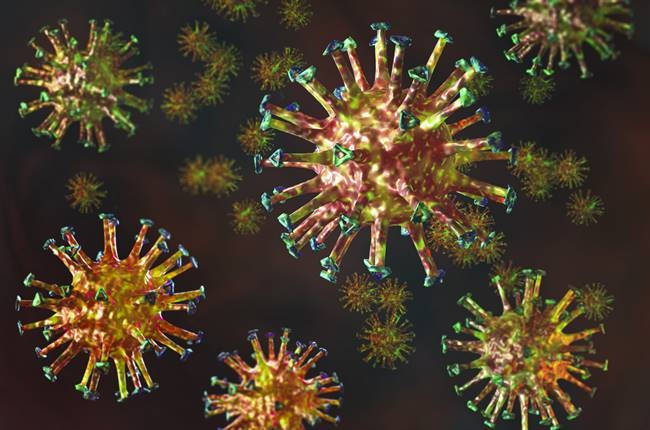 A Chinese cohort study published earlier this month in The Lancet medical journal found that over 75% of patients that were previously hospitalised with Covid-19 had at least one lingering symptom six months later.

These symptoms range from muscle weakness and fatigue, anxiety and depression, to more severe respiratory issues. These long-term effects of the virus are what some scientists are calling long Covid.

However, while this study is one of the first large studies on long Covid, much remains uncertain about the virus’ lasting impact on the body.

“We’re not 100% sure how many people are going to suffer from ongoing symptoms.

"It’s not the case in all circumstances, but conversely it actually is the case that some patients in the acute illness are relatively asymptomatic, so it’s difficult to know how many people will have ongoing symptoms or in fact how long those symptoms will actually last for,” says Guy Richards, Professor Emeritus in Critical Care at Wits University.

“We don’t have a specific blood test that we could do or any other investigation that would identify patients who actually have long Covid, because even those patients who have ongoing respiratory symptoms, those that have had relatively mild or moderate disease, have normal lung function yet feel short of breath.

One of the major findings of the study is that 63% of the cohort, 1 733 people, reported persistent muscle weakness and fatigue six months after becoming initially infected. While Covid-19 may be perceived as a predominantly respiratory illness, it is what Richards calls, a “systemic disease”, meaning that it impacts all the body’s systems.

“[Covid-19] has three phases. It is either asymptomatic or you just have some upper respiratory tract symptoms, then it could progress into the pneumonic phase, but that pneumonic phase is associated with inflammation systemically, and that inflammation can have long-term [consequences],” he explains.

In terms of lingering muscle weakness and fatigue, Richards says that this systemic inflammation appears to impact metabolic function, or how our bodies process energy, which has an ongoing impact on symptoms.

While Richards is not aware of any ongoing studies looking at long Covid in South Africa, he says that they are thinking of potentially doing a study looking at certain markers of deficiencies of molecules that are responsible for energy production (think metabolic system) in patients that have Covid-19 disease.

“We wrote a hypothesis a while ago that many of the symptoms of Covid-19 and long Covid are related to a deficiency of NAD+ (nicotinamide adenine dinucleotide) which is an important molecule for the provision of energy to the body.

"This can be replaced by nicotinic acid (Vitamin B3), and a large number of people worldwide are already being treated on a product that contains nicotinic acid along with other agents like Zinc, [and] Vitamin C,” says Richards.

"But this is a hypothesis, he says, and there is currently no study saying definitively that this is the case.

Long-term impact on the lungs

Along with reported muscle weakness and fatigue, the study also found that some patients who had suffered from more severe Covid-19 disease had residual respiratory abnormalities six months later.

A total of 349 people in the study underwent additional lung function testing. This revealed that patients who initially presented with more severe illness, including those that required ventilation or high-flow nasal oxygen, commonly had reduced lung function several months later.

“There is a strong association between the severity of the lung disease that you have when you’re diagnosed, and the persistence of radiological and gas exchange abnormalities,” says Professor Greg Calligaro, specialist pulmonologist at Cape Town’s Groote Schuur Hospital.

Viral pneumonia occurs when small air sacs in the lung called alveoli, fill with fluid, he explains, whereas ARDS is much more severe and indicates a disruption of the barrier that separates air and blood in the lungs. Viral pneumonia will resolve both clinically and radiologically in about 12 weeks, says Calligaro, while ARDS is a much longer game.

“[ARDS] carries a much higher mortality, and it’s associated with much more in the way of lung damage and fibrotic change. The latter occurs when connective tissue is laid down inside the lung as a kind of scar, and whether you’re talking about Covid-19 pneumonia or other cases of ARDS, those radiological changes can persist from up to 6 to even 12 months afterwards,” he says.

“How long they will persist in Covid-19, we don’t really know. The disease hasn’t been around long enough for us to have a very good idea of what the natural history is.”

Commenting on the Lancet study, Calligaro points out that the study population is different to that in South Africa, where we have a much younger population. Adding to this, he notes it doesn’t answer the question on how Covid-19 adds to the burden of chronic lung disease in patients with pre-existing lung function abnormalities.

“In South Africa, we’ve got these colliding epidemics of respiratory disease in terms of TB and HIV and a high prevalence of smoking. Covid-19 is like an additional fly in a very sticky ointment,” he says.

Looking ahead at the antibody landscape

The study also shed some light on how levels of different antibodies in people with Covid-19 differ at the onset of illness compared to six-months later.

While some antibody levels remain high in the study, more protective antibodies seem to decline dramatically over time, raising concerns for the possibility of re-infection.

Head of Immunology at the University of Cape Town, Professor Clive Gray, explains that for Covid-19, our bodies produce different antibodies throughout the duration of the illness. Initially we produce what is called an IgM antibody, says Gray, which eventually wanes away and almost at the same time becomes replaced by more specific IgA and IgG binding antibodies.

As this occurs, our bodies also produce what are called neutralising antibodies, which protect our cells from becoming infected with virus.

(Read our explainer on immunity and antibodieshere.)

Gray explains that the study shows a decrease in IgM antibodies, which is natural, but that both the levels of IgA and IgG antibodies remain fairly high, particularly for IgG, even six months apart.

These IgM, IgA and IgG antibodies are produced in response to the spike protein of the SARS-CoV-2, which is the part of the virus that vaccines are also seeking to target in order to mount an immune response.

“What does significantly become lower are the neutralising antibodies. These antibodies will block the virus from entering a cell,” says Gray.

“How I would interpret this data is that binding antibodies, especially IgG, don’t diminish, IgM does (which is what you would expect), as does IgA, and that’s important information.

"However, neutralising antibodies are about a third less by 6 months after hospitalisation, which means that one in three people would have a disappearance of these antibodies.

"This may mean that one in three people could become reinfected because protective neutralising antibodies have disappeared. This remains to be seen.”

Similar to other issues that plague South Africa’s healthcare system, coping with the burden of the rehabilitative care needs associated with long Covid will be a resource issue, says Calligaro.

At Groote Schuur Hospital, he says they are currently focussing on the survivors of ICUs, which already in themselves is a considerable burden. “We’ve [also] started a post-Covid clinic, which we’re hoping will be multidisciplinary and have input from psychologists [and] chronic pain [specialists].” But the real challenge, according to Calligaro, may be out-patients who have had less severe disease.

“The primary intervention in this setting is going to be support and counselling, in terms of helping people to manage any disability that they have,” adds Richards. “Unless we can find some specific therapeutic intervention [for long Covid], we’re a little at a loss if people come to us and say ‘treat me’. We don’t really have anything to treat them with.”

“It’s difficult seeing hospitalists (clinicians working on the frontlines in hospitals) taking control of this problem,” says Calligaro. This long-term need for care is going to have to be driven by experts in rehabilitative medicine and allied health professionals, and it has to be something that is exclusively an out-patient service, he says.

“To try to build that into the backlog of normal cases that have been delayed because of Covid-19, I think is going to be really challenging and is going to take a concerted effort by hospital managers and administrators to prioritise something like this. I think it’s going to be a major problem.”

We live in a world where facts and fiction get blurred
In times of uncertainty you need journalism you can trust. For 14 free days, you can have access to a world of in-depth analyses, investigative journalism, top opinions and a range of features. Journalism strengthens democracy. Invest in the future today. Thereafter you will be billed R75 per month. You can cancel anytime and if you cancel within 14 days you won't be billed.
Subscribe to News24
Next on Health24
Women have a higher chance of developing long Covid - study