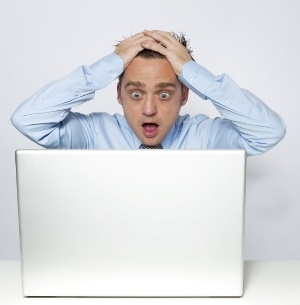 Dubbed "e-Thrombosis," the disorder is reported in the European Respiratory Journal by a group of researchers who describe a 32-year-old man who almost died after developing a massive blood clot that formed in his leg veins and travelled to his lungs. The man spent up to 18 hours a day working at his computer, the report said.

According to the lead researcher, Richard Beasley, this certainly isn't an isolated case.

Beasley, director of the New Zealand Medical Research Institute, and his colleagues says the incident may be the first reported case of "prolonged mobility sitting at a computer and life-threatening" blood clots resulting.

Read: DVT a danger during travel

Deep-vein thrombosis (DVT) is a condition in which a blood clot forms in the deep veins of the legs. It can be fatal when part of the clot breaks off and blocks a blood vessel in the lungs.

We live in a world where facts and fiction get blurred
In times of uncertainty you need journalism you can trust. For only R75 per month, you have access to a world of in-depth analyses, investigative journalism, top opinions and a range of features. Journalism strengthens democracy. Invest in the future today.
Subscribe to News24
Next on Health24
Cabin air linked to DVT