How exactly does the liver regenerate itself? A new study has the answer 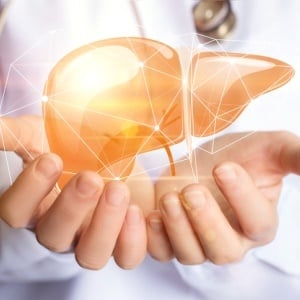 Scientists have discovered how the liver regenerates itself.

The largest solid organ in the body, the liver, is pretty resilient. This organ is responsible for filtering the blood that flows from the digestive system, detoxifying chemicals and manufacturing proteins that are essential to help blood clot.

As the liver metabolises toxins such as alcohol, it can become damaged but still continue to function and regenerate itself. But as the damage to the liver cells becomes more profound over time, the functions of the liver can start to decline and eventually fail.

A type of 'reprogramming'

Good news, however, is that new research by biochemists at the University of Illinois has revealed exactly how damaged liver cells repair themselves, which may lead to progress in the treatment of chronic liver disease.

Professor Auinash Kalsotra from the department of biochemistry at the University of Illinois said, “We know that in a healthy adult liver the cells are dormant and rarely undergo cell division. However, if the liver is damaged, the liver cells re-enter the cell cycle to divide and produce more of themselves. This research looked at what is happening at the molecular level in a damaged liver that enables it to regenerate while still performing normal functions.”

The research team found that injured liver cells undergo a type of “reprogramming” where the cells return to a brand new state.

No machine can replace liver function

While we might have a better understanding into how exactly the liver repairs itself, it's important to understand that the liver can still become damaged up to a point where it will no longer regenerate and function. By that stage, the liver starts failing and a transplant is needed, as no machine can replace the function of the liver.

It's therefore best to address liver disease in its early stages to prevent irreversible damage. Here are some signs and symptoms that you might be experiencing liver problems:

We live in a world where facts and fiction get blurred
In times of uncertainty you need journalism you can trust. For 14 free days, you can have access to a world of in-depth analyses, investigative journalism, top opinions and a range of features. Journalism strengthens democracy. Invest in the future today. Thereafter you will be billed R75 per month. You can cancel anytime and if you cancel within 14 days you won't be billed.
Subscribe to News24
Related Links
When the liver can no longer regenerate
Should you detox your liver?
What is non-alcoholic fatty liver disease?
Next on Health24
Should you detox your liver?