Vaccine capable of eliminating malaria by 2030 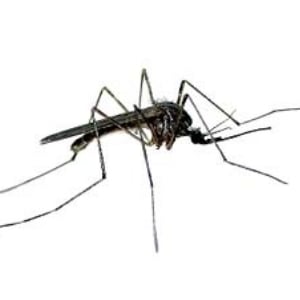 iStock
The world should aim to have vaccines which reduce malaria cases by 75%, and are capable of eliminating malaria, licensed by 2030, according to the updated 2013 Malaria Vaccine Technology Roadmap, launched today. This new target comes in addition to the original 2006 Roadmap's goal of having a licensed vaccine against Plasmodium falciparum malaria, the most deadly form of the disease, for children under 5 years of age in sub-Saharan Africa by 2015.

"Safe, effective, affordable vaccines could play a critical role in defeating malaria," said Dr Robert D. Newman, Director of the World Health Organisation's (WHO) Global Malaria Programme. "Despite all the recent progress countries have made, and despite important innovations in diagnostics, drugs and vector control, the global burden of malaria remains unacceptably high."

The most recent figures by WHO indicate that malaria causes an estimated 660 000 deaths each year from 219 million cases of illness. Scale-up of WHO recommended malaria control measures has been associated with a 26% reduction in the global malaria death rate over the last decade. Effective malaria vaccines could be an important complement to existing measures, if they can be successfully developed.

Final results from Phase III trials of the most advanced vaccine candidate, RTS,S/AS01, will be available by 2015. Depending on the final trial results, and depending on the outcome of the regulatory review by the European Medicines Agency, a WHO recommendation for use and subsequent prequalification of this first vaccine could occur in late 2015.

The new roadmap, launched today at the annual conference of the American Society of Tropical Medicine & Hygiene in Washington, DC and also announced in a letter published in The Lancet, aims to identify where additional funding and activities will be particularly key in developing second generation malaria vaccines both for protection against malaria disease and for malaria elimination. These include next-generation vaccines that target both Plasmodium falciparum and Plasmodium vivax species of malaria.

"The new vaccines should show at least 75% efficacy against clinical malaria, be suitable for use in in all malaria-endemic areas, and be licensed by 2030," says Dr Jean-Marie Okwo Bele, Director of WHO's Department of Immunisation, Vaccines and Biologicals. "The roadmap also sets a target for malaria vaccines that reduce transmission of the parasite."

The 2013 Malaria Vaccine Technology Roadmap cites several reasons for the update, among them changing malaria epidemiology associated with the successful scale-up of malaria control measures in the last decade, a renewed focus on malaria elimination and eradication in addition to the ongoing need to sustain malaria control activities, and new technological innovations since 2006 including promising early work on so-called transmission-blocking malaria vaccines.

WHO lists 27 malaria vaccine candidates currently in clinical trials, with most in early stages of testing; RTS,S/AS01 is the only one currently in late-stage development.

The roadmap's vision centres on developing safe and effective vaccines against Plasmodium falciparum and Plasmodium vivax that prevent disease and death and prevent transmission to enable malaria eradication, and is built around two strategic goals:

•Development of malaria vaccines with protective efficacy of at least 75% against clinical malaria suitable for administration to appropriate at-risk groups in malaria-endemic areas.

•Development of malaria vaccines that reduce transmission of the parasite and thereby substantially reduce the incidence of human malaria infection. This will enable elimination in multiple settings. Vaccines to reduce transmission should be suitable for administration in mass campaigns.

We live in a world where facts and fiction get blurred
In times of uncertainty you need journalism you can trust. For 14 free days, you can have access to a world of in-depth analyses, investigative journalism, top opinions and a range of features. Journalism strengthens democracy. Invest in the future today. Thereafter you will be billed R75 per month. You can cancel anytime and if you cancel within 14 days you won't be billed.
Subscribe to News24
Related Links
Report on SA's successful fight against malaria released
First malaria vaccine may be available soon
User-friendly rapid malaria test launched in SA
Next on Health24
Malaria still kills 1 100 a day. It can't afford to lose resources to coronavirus