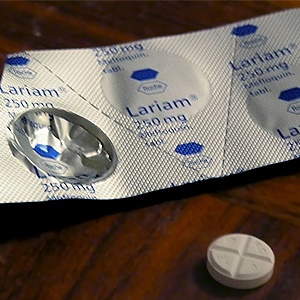 Members of the British armed services have for decades been administered a drug believed to have potentially substantial ill-effects on the mental wellbeing of those who taken. Yet the Ministry of Defence continues to stand by Lariam as its standard anti-malaria medication.

Mefloquine, the active ingredient in Lariam, has been tied to a string of murders and suicides, many of which were in people who had not displayed serious antisocial tendencies before taking the medication.

The most infamous case is that of US Army soldier Staff Sergeant Robert Bales, who murdered sixteen Afghan civilians, including nine children in a 2012 massacre in Kandahar. Bales had passed am extensive mental health screening program prior to being deployed to Afghanistan and, in the aftermath, said “There’s not a good reason in this world for why I did the horrible things I did” according to Wired Magazine.

Read: Malaria doesn't have to be deadly

Bales had been taking Lariam as an anti-malaria precaution and in the wake of the disaster the Federal Drug Administration added the strongest warning’s it could to the packaging of Lariam, warning of psychological side effects that can continue for years after stopping taking the drug. In 2013 the US decided to ban the use of Lariam by special forces soldiers.

However, the UK military, the world’s 5th best funded according to the International Institute for Strategic Studies, continues to prescribe it to troops being deployed to zones where there is a risk of Malaria, raising the chance of another avoidable catastrophe like the Kandahar massacre.

In a 2013 report by the Independent, UK military doctors came forward to highlight the toxicity of the drug and the potentially catastrophic repercussions these side effects can have in a pressurised environment like the battlefield.

Read: Malaria deaths in South Africa on the rise

This is all despite the fact that newer, safer drugs like malarone are available and would make excellent replacements for Lariam.

The Independent’s report goes on to list a number of other murders committed by military troops taking Lariam, including the case of four soldiers from the same camp who, having recently returned from Afghanistan and taking Lariam, killed their wives. Two of the soldiers killed themselves.

Soldier’s committing suicide is becoming an increasingly severe problem for defence departments. In 2012, more current and former soldiers killed themselves than were killed in Afghanistan, with the majority being veterans, claim the BBC.

Lariam is also still prescribed to civilians travelling to malaria zones, though it has become markedly less popular in recent years. A review in the journal Chemotherapy concluded that 25% of those who took the drug suffered some degree of neurological impairment, from headaches to nightmares.

What are the signs and symptoms of malaria

"Lariam" by Bongoman - Own work.
We live in a world where facts and fiction get blurred
In times of uncertainty you need journalism you can trust. For only R75 per month, you have access to a world of in-depth analyses, investigative journalism, top opinions and a range of features. Journalism strengthens democracy. Invest in the future today.
Subscribe to News24
Next on Health24
Malaria still kills 1 100 a day. It can't afford to lose resources to coronavirus