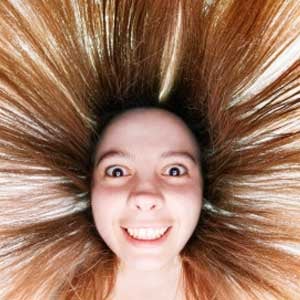 Nearly 3 out of 4 US children and young adults consume at least some caffeine, mostly from soda, tea and coffee. The rate didn't budge much over a decade, although soda use declined and energy drinks became an increasingly common source, a government analysis finds.

Although even most pre-schoolers consume some caffeine-containing products, their average was the amount found in half a can of soda, and overall caffeine intake declined in children up to age 11 during the decade.

Read: Caffeinated booze can be toxic

Many sources of caffeine

The analysis is the first to examine recent national trends in caffeine intake among children and young adults and comes amid a US Food and Drug Administration investigation into the safety of caffeine-containing foods and drinks, especially for children and teens. In an online announcement about the investigation, the FDA notes that caffeine is found in a variety of foods, gum and even some jelly beans and marshmallows.

The probe is partly in response to reports about hospitalisations and even several deaths after consuming highly caffeinated drinks or energy shots. The drinks have not been proven to be a cause in those cases.

The new analysis, by researchers at the Centres for Disease Control and Prevention, shows that at least through 2010, energy drinks were an uncommon source of caffeine for most US youth.

The results were published online Monday in the journal Paediatrics.

The American Academy of Paediatrics recommends against caffeine consumption for children and teens because of potentially harmful effects from the mild stimulant, including increases in heart rate and blood pressure, and worsening anxiety in those with anxiety disorders.

Dr Stephen Daniels, chairman of the academy's nutrition committee, said caffeine has no nutritional value and there's no good data on what might be a safe amount for kids.

Evidence that even very young children may regularly consume caffeine products raises concerns about possible long-term health effects, so parents should try to limit their kids' intake, said Daniels, head of paediatrics at the University of Colorado's medical school.

Soda was the most common source of caffeine throughout the study for older children and teens; for those up to age 5, it was the second most common after tea. Soda intake declined for all ages as many schools stopped selling sugary soft drinks because of obesity concerns.

The American Beverage Association, whose members include makers of soft drinks and energy drinks, maintains that caffeine has been safely added to drinks as a flavour enhancer for more than 100 years.

We live in a world where facts and fiction get blurred
In times of uncertainty you need journalism you can trust. For 14 free days, you can have access to a world of in-depth analyses, investigative journalism, top opinions and a range of features. Journalism strengthens democracy. Invest in the future today. Thereafter you will be billed R75 per month. You can cancel anytime and if you cancel within 14 days you won't be billed.
Subscribe to News24
Related Links
Do you have caffeine use disorder?
Caffeine might boost your memory as well
Caffeine and alcohol affect your DNA
Next on Health24
Lost your medication leaflet? Don’t stress, you can now view it online