Rubber bullets can cause serious harm 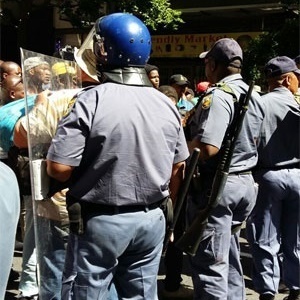 Rubber bullets are often used by police to disperse crowds during protests.

But these are not as harmless as one would think . . .

“A direct hit by a rubber bullet may crack a rib or inflict a very painful tissue bruise. Obviously a direct hit in an eye is totally damaging to the eye.”

According to Wired bullets are either made from, or coated with, rubber – to cause pain but minimise serious injury.

ER24 told Health24 that there are many varieties of rubber bullets that may cause different types of injuries. Depending on the type of ammunition used, one can expect to see circular imprints, rib fractures, lung contusions, lacerations, abrasions or bruises, skull fractures.

“However, rubber bullets in general result in blunt force trauma to the body. There is no doubt that a being hit with one of these projectiles will cause pain, swelling and/or bruising.

“With blunt force trauma, internal injuries are the most worrying. Again, this depends on which type of ammunition is used and how it is used. If a person is shot at close range, in the face or head, the chances are much higher that internal injuries would be present. Tearing of underlying tissue or damages to vital organs and vessels may be present.” According to Verdoorn, rubber bullets should never be fired directly at a crowd, irrespective of how serious the situation.

“We were taught how to fire 308 caliber and 12 gauge rubber bullets on the ground to create a ricochet bullet that will still hurt the person, but with a significantly reduced level of damage due to the loss of momentum after hitting the ground.”

He added: “Even if they take a direct hit from rubber bullet, it is extremely unlikely to kill a person.”

Although not designed to kill, according to Dr Owen Wiese, rubber bullets can cause injuries that eventually lead to death. “Fatalities from rubber bullets have been reported all over the world, yet they are commonly used in riot control.”

Dr Wiese said when shot at close range or even from a distance, rubber bullets can lead:

We live in a world where facts and fiction get blurred
In times of uncertainty you need journalism you can trust. For only R75 per month, you have access to a world of in-depth analyses, investigative journalism, top opinions and a range of features. Journalism strengthens democracy. Invest in the future today.
Subscribe to News24
Related Links
Alert: Rubber bullets can harm students
Ways to reduce the risk of back pain
How flying affects your ears
Next on Health24
Can the new coronavirus block pain signals?