Are you suffering from allergies or sinusitis? 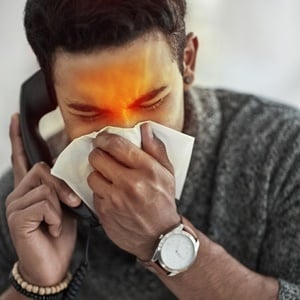 Are your symptoms caused by sinusitis or allergic rhinitis?

You are quickly running out of tissues for both your runny nose and your watery eyes. You suspect it is your allergies acting up again, but how do you know it’s not sinusitis?

Distinguishing between symptoms that could be either sinusitis or an allergy is something with which even medical professionals can sometimes struggle. According to Health24’s Cyberdoc Dr Heidi van Deventer, “Allergic rhinitis and sinusitis are indeed difficult to tell apart, especially at the start.

"The symptoms are mostly the same, such as sneezing, a runny nose, itchy ears, and sometimes even feelings of vertigo due to an imbalance of fluid in the sinuses, nasal passages and ears.”

Clearing up the confusion

According to Health24, infection in the sinuses causes irritation and inflammation of the sinus linings. The inflammation can cause blockages, obstructing the drainage of mucus inside the sinus cavities. 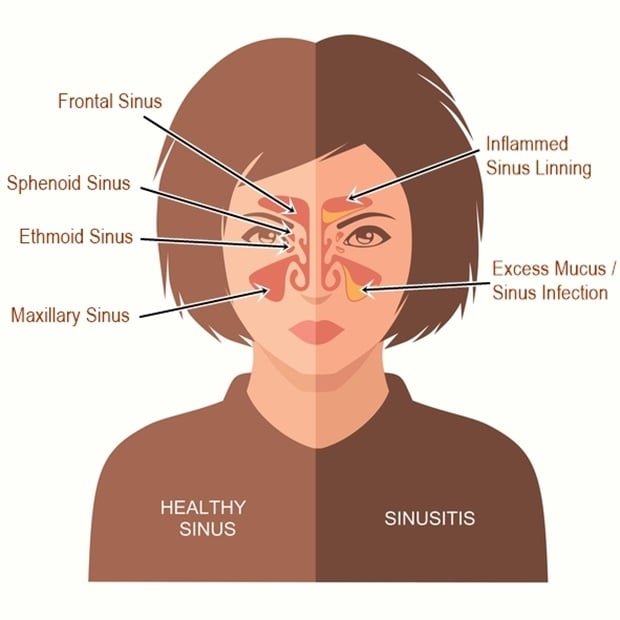 Allergic rhinitis is caused by various environmental factors, such as pollen in the air or the hair of pets like cats or dogs. Allergic rhinitis will usually clear up with antihistamine and a nasal spray, and will improve when the irritant is removed from the environment.

A few questions to ask when you are struggling to figure out if you have allergic rhinitis or sinusitis:

Q: Have you been exposed to any substance recently that could have caused the allergies, such as flowers, pet hair etc.?

A: If yes, it is quite likely that you have allergic rhinitis.

Q: How long have you had the symptoms?

A: If symptoms persist for more than a few days it could be a sinus infection.

A: If it’s clear, thin and watery, it probably isn’t an infection, which would indicate that you are experiencing an allergic reaction.

Once you have a better idea of what caused your condition, you or a medical professional will be able to more effectively treat your sinusitis or allergies.

We live in a world where facts and fiction get blurred
In times of uncertainty you need journalism you can trust. For only R75 per month, you have access to a world of in-depth analyses, investigative journalism, top opinions and a range of features. Journalism strengthens democracy. Invest in the future today.
Subscribe to News24
Next on Health24
6 ways sinusitis can cause a mysterious 'brain fog'