Real-life ‘vampires’ allergic to the sun

Not all people who can only come out at night are vampires. Some people who are normal in every other respect really struggle with exposure to sunlight.

In July 2017 Daily Mail UK reported on 27-year old Sam Phelps, a marine engineer from Bristol, UK. For him, a trip to the beach involves wearing a mask, wetsuit, gloves and boots.

He has to cover up his face while running errands. Security guards think he is some kind of criminal.

For Sam, being exposed to sunlight results in a very painful skin rash. And there are many people just like him. His condition is called erythropoietic protoporphyria (EPP), an extreme allergic reaction to UV rays. He is allergic to sunlight and extremely sensitive to light (photosensitive).

EPP is only one form of several forms of severe sunlight allergies that people refer to as “vampire disease” – an inability to go out when the sun is shining.

However, not all cases of sun allergies are as severe as Sam's, and it’s possible that you might have it if you are extremely sensitive to the sun.

When the body ‘fights’ sunlight

A sunlight allergy is very different from sunburn. It occurs when your immune system reacts to to UV ray exposure. This causes itching, burning and a severe rash.

According to research it’s not always clear exactly why the body has this reaction to the sun, but what happens is that the immune system recognises sunlight as something “foreign” and tries to fight it off.

Some studies have found that certain forms of sun allergies are inherited, while others occur in people who are just highly sensitive to sunlight.

There are four major types of sun allergies: 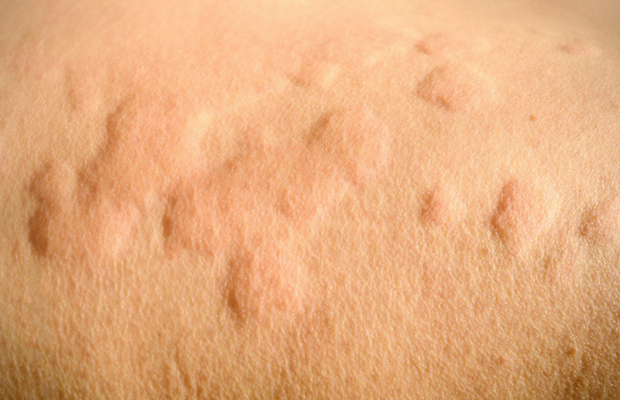 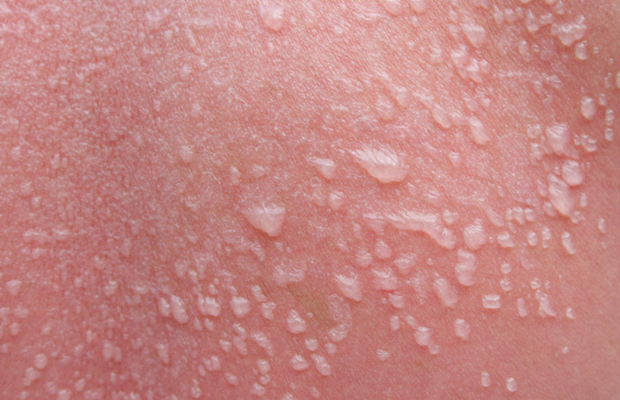 Painful blisters can also be a symptom of sun allergy

Could I have a sun allergy?

The severity and frequency of a sun allergy varies from person to person. The appearance and symptoms of a sun allergy can also vary according to the type of sun allergy you have. It’s possible for anyone to suffer from severe sunburn after prolonged exposure in the sun, but it’s more likely that you have a sun allergy when:

If these conditions reappear every time you are exposed to the sun, you might be suffering from a form of sun allergy. Visit your dermatologist or doctor for treatment and prevention options.

Sun sensitivity that’s not an allergy

There is a difference between a sun allergy and sun sensitivity.

It’s important to keep in mind that some medications (especially some oral treatments for acne) may significantly increase your sensitivity to the sun. This does not mean that your body is allergic to sunlight. It’s also possible in some cases to develop contact dermatitis from the sunscreen you are using. Certain medical conditions such as porphyria and lupus can also cause your skin to be more sensitive to the sun.

While some people are so severely affected that they are confined to their homes, this isn't always the case. Here are a few simple ways to manage symptoms: