Even early coffee steals your sleep 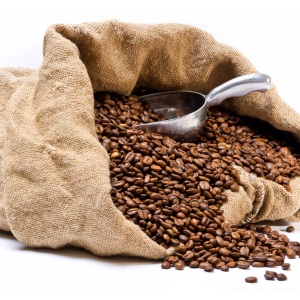 iStock
A new study shows that caffeine consumption even six hours before bedtime can have significant, disruptive effects on sleep.

"Sleep specialists have always suspected that caffeine can disrupt sleep long after it is consumed," said American Academy of Sleep Medicine President M. Safwan Badr, MD. "This study provides objective evidence supporting the general recommendation that avoiding caffeine in the late afternoon and at night is beneficial for sleep."

Results show that 400 mg of caffeine (about 2-3 cups of coffee) taken at bedtime, three and even six hours prior to bedtime significantly disrupts sleep.

Even when caffeine was consumed six hours before going to bed, objectively measured total sleep time was dramatically reduced (more than one hour). However, subjective reports suggest that participants were unaware of this sleep disturbance.

The study is in the issue of the Journal of Clinical Sleep Medicine, which is published by the American Academy of Sleep Medicine.

"Drinking a big cup of coffee on the way home from work can lead to negative effects on sleep just as if someone were to consume caffeine closer to bedtime," said lead author Christopher Drake, PhD, investigator at the Henry Ford Sleep Disorders and Research Centre and associate professor of psychiatry and behavioural neurosciences at Wayne State University in Detroit, Michigan.

"People tend to be less likely to detect the disruptive effects of caffeine on sleep when taken in the afternoon," noted Drake, who also is on the board of directors of the Sleep Research Society.

Drake and his research team studied 12 healthy normal sleepers, as determined by a physical examination and clinical interview.

No caffeine after five

Participants were instructed to maintain their normal sleep schedules. They were given three pills a day for four days, taking one pill at six, three and zero hours prior to scheduled bedtime. One of the pills contained 400 mg of caffeine, and the other two were a placebo.

On one of the four days, all three pills were a placebo. Sleep disturbance was measured subjectively with a standard sleep diary and objectively using an in-home sleep monitor.

According to the authors, this is the first study to investigate the effects of a given dose of caffeine taken at different times before sleep. The results suggest that caffeine generally should be avoided after 5 p.m. in order to allow healthy sleep.

We live in a world where facts and fiction get blurred
In times of uncertainty you need journalism you can trust. For 14 free days, you can have access to a world of in-depth analyses, investigative journalism, top opinions and a range of features. Journalism strengthens democracy. Invest in the future today. Thereafter you will be billed R75 per month. You can cancel anytime and if you cancel within 14 days you won't be billed.
Subscribe to News24
Related Links
Coffee addiction is genetic
Caffeine: the impact on your memory
Caffeine improves recognition of positive words
Next on Health24
The recovery of your brain depends greatly on sleep, and it cannot be replaced by rest