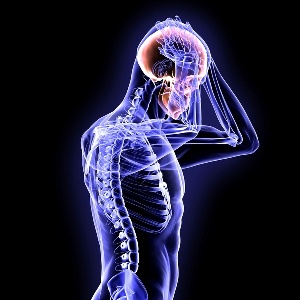 Continuing to play despite a concussion doubles recovery time for teen athletes and leads to worse short-term mental function than in those immediately removed from action, a study found.

It's billed as the first to compare recovery outcomes for athletes removed from a game or practice compared with those who aren't. The study was small, involving 69 teens treated at a University of Pittsburgh Medical Centre concussion clinic, but the results bolster evidence supporting the growing number of return-to-play laws and policies nationwide

The study was published in the journal Paediatrics.

The study involved athletes aged 15 on average from several sports, including football, soccer, ice hockey and basketball who had concussions during a game or practice. Half continued to play and took 44 days on average to recover from symptoms, versus 22 days in those who were immediately sidelined.

Sidelined players reported symptoms immediately, including dizziness, headaches, mental fogginess and fatigue, and were diagnosed with concussions by trainers or team physicians. The others, who continued playing for 19 minutes on average, delayed reporting symptoms and were only diagnosed later.

Return-to-play policies are widespread, especially in youth athletics, and they typically recommend sidelining players after a suspected concussion until symptoms resolve. One of the main reasons is to prevent a rare condition called second-impact syndrome – potentially fatal brain swelling or bleeding that can occur when a player still recovering from a concussion gets hit again in the head.

Read: Concussion in kids may lead to long-term problems

The study results show that a prolonged recovery is another important risk from returning to play too soon – one that "no one had really calculated" until now, said Dr Allen Sills, a Vanderbilt University neurosurgeon. He was not involved in the research.

About 300,000 sports-related concussions occur each year nationwide among all ages. In high school athletics they occur at a rate of almost three per 10,000 games or practices.

Evidence suggests up to 50 percent of concussions in teen sports aren't reported. Athletes are sometimes not aware they've experienced a concussion, or they suspect a head injury but continue playing because "they don't want to let their teammates down", said University of Arkansas concussion researcher R.J. Elbin, the study's lead author.

The results "give us more ammunition" to persuade young athletes to heed the return-to-play advice, Elbin said.

We live in a world where facts and fiction get blurred
In times of uncertainty you need journalism you can trust. For 14 free days, you can have access to a world of in-depth analyses, investigative journalism, top opinions and a range of features. Journalism strengthens democracy. Invest in the future today. Thereafter you will be billed R75 per month. You can cancel anytime and if you cancel within 14 days you won't be billed.
Subscribe to News24
Related Links
Brief return of concussion symptoms normal part of recovery
Concussion affects students more than other injuries
Blood test may help diagnose concussion
Next on Health24
Concussion in kids may lead to long-term problems