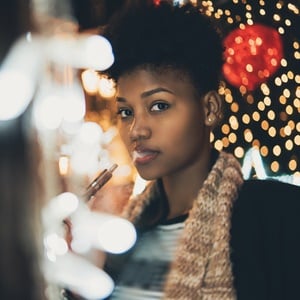 A major study has found that vaping holds less risk for vascular health than smoking.

Vaping has been the topic of many controversial headlines – but the dangers of this relatively new practice are not yet as clear as those of traditional combustible tobacco products.

Yet, experts claim that vaping is significantly less harmful than cigarette smoking. And now, a major study conducted by the University of Dundee concluded that cigarette smokers who switch to nicotine-containing vaporisers could significantly improve their vascular health.

The two-year trial hosted by the university’s Medicine School, found that the smokers who switched to vaping products such as e-cigarettes showed significant improvement in their vascular health after only four weeks, according to an news article.

This study also found that those smokers who transferred to vaping only had better health compared to those who used both tobacco cigarettes and e-cigarettes (also referred to as dual usage).

The findings were published in the Journal of the American College of Cardiology and this study has been the largest undertaken to date to determine the implication of heart health.

But, this optimistic outcome comes with a caveat, which should be emphasised to avoid any misunderstanding.

Professor Jacob George, Professor of Cardiovascular Medicine and Therapeutics at Dundee and Chief Investigator of the trial, said that even though vaping is considered less harmful, it is not 100% safe and may still carry health risks:

"It is crucial to emphasise that e-cigarettes are not safe, just less harmful than tobacco cigarettes when it comes to vascular health. Smoking of any kind is a preventable risk factor for heart disease.

"They should not be seen as harmless devices for non-smokers or young people to try. However, for chronic tobacco smokers there were significant improvements in vascular function within a month of switching from a tobacco cigarette to an e-cigarette.

"To put into context, each percentage point improvement in vascular function results in a 13% reduction in cardiovascular event rates such as heart attack. By switching from cigarettes to e-cigarettes we found an average percentage point improvement of 1.5 within just one month. This represents a significant improvement in vascular health. We also found that, in the short term at least, regardless of whether the e-cigarette does or does not contain nicotine, a person will see vascular health improvements compared to smoking a traditional cigarette. The longer term impact of nicotine requires further study and follow-up.”

Professor Jeremy Pearson, Associate Medical Director at the British Heart Foundation, said the following in a news report: "Our hearts and blood vessels are the hidden victims of smoking. Every year in the UK, 20 000 people die from heart and circulatory disease caused by smoking cigarettes – that's more than 50 people a day, or two deaths every hour. Stopping smoking is the single best thing you can do for your heart health.

"This study suggests that vaping may be less harmful to your blood vessels than smoking cigarettes. Within just one month of ditching tobacco for electronic cigarettes, people's blood vessel health had started to recover.

"Just because e-cigarettes may be less harmful than tobacco doesn't mean they are completely safe. We know they contain significantly fewer of the harmful chemicals, which can cause diseases related to smoking, but we still don't know the long term impact on the heart and circulation, or other aspects of health. E-cigarettes and vaping should never be taken up by people who don't already smoke, but could be a useful tool to help people to stop smoking completely."

We live in a world where facts and fiction get blurred
In times of uncertainty you need journalism you can trust. For 14 free days, you can have access to a world of in-depth analyses, investigative journalism, top opinions and a range of features. Journalism strengthens democracy. Invest in the future today. Thereafter you will be billed R75 per month. You can cancel anytime and if you cancel within 14 days you won't be billed.
Subscribe to News24
Related Links
Doctors spot a new, severe lung illness tied to vaping
Leading suspect in spate of vaping-linked illnesses identified
WATCH: Smoking vs. vaping: Which is worse?
Next on Health24
‘Poisoning our planet’: 5 ways tobacco smoking harms more than just our health